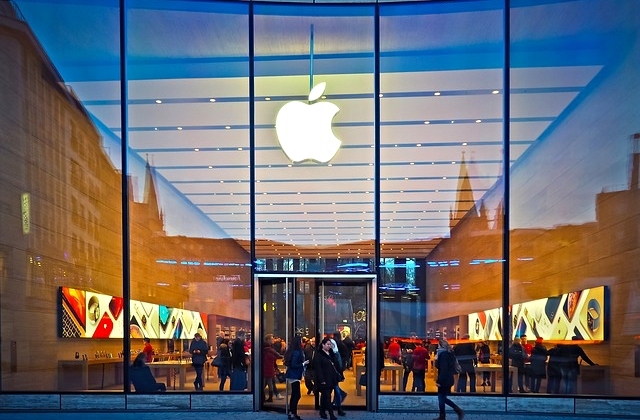 Apple has become the first company in the world to have reached the $3 trillion market cap after it briefly hit the mark during intraday trading on Monday, Jan. 3. It happened momentarily before the numbers dropped to their previous state.

Apple set the new record after its share price rose to $182.86 early this week. According to CNBC, this is a 2.5 percent surge on Monday to close at $182.01. It slightly missed the trading day closing at the $3 trillion mark.

The achievement is said to be symbolic and shows that investors continue to believe that Apple's stock will experience an upward price movement. It also indicates that they believe in the iPhone maker's ability to grow further.

In any case, with the $3 trillion market value, Apple just tripled its valuation in less than four years. Industry analysts can still see a lot of room for the company to move ahead.

The company was able to reach the $3 trillion mark due to its annual growth brought about by all of its products in its fourth quarter earnings with profits up by 29% year-over-year. It was noted that Apple's iPhone remained its biggest source of sales. Its services business also grew 25.6% year-over-year and reportedly brought in over $18 billion in revenue during the quarter.

Other major companies are also making billions and they are not far behind Apple's. Microsoft is said to be valued at around $2.5 trillion while Amazon has recorded a $1.75 billion market cap. Google is also in the running with its more than $1.9 trillion market valuation.

Meanwhile, CNN Business reported that it was in August 2018 when Apple's market value first went over the $1 trillion threshold and it crossed $2 trillion in August of 2020. The company's share prices were up close to 35% last year and this happened as it benefited from the huge demand for its latest iPhone 13 mobile phone.

Finally, Apple also earned a lot through the sales of the older iPhone models as well as through its subscription services including Apple TV Plus, iCloud, Apple Music, and the App Store.