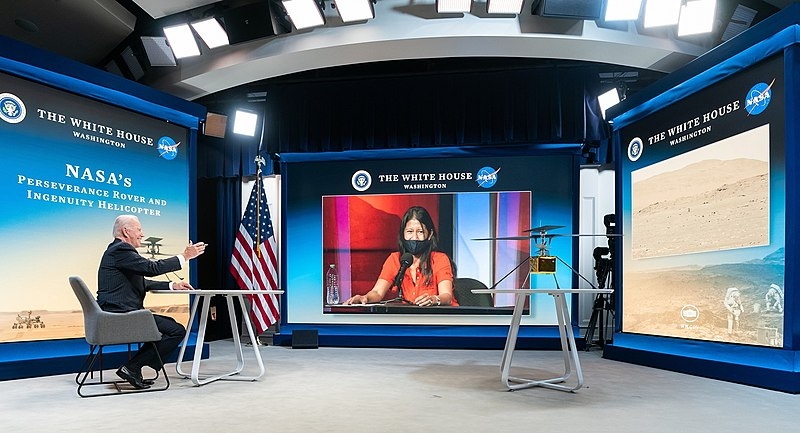 This week, the world mourned the passing of Apollo 11 astronaut Michael Collins. Joe Biden paid tribute to the late astronaut’s legacy and extended his condolences to Collins’ family.

The White House released a statement from Biden reflecting on the legacy left by Collins, who passed away at the age of 90 after battling cancer. Collins is known for being part of the historic Apollo 11 mission alongside astronauts Neil Armstrong and Buzz Aldrin. Biden also extended his condolences to Collins’ family.

“Michael Collins lived a life of service to our country. From his time in the Air Force to his career with NASA, to his service at the State Department, to his leadership of the Smithsonian National Air and Space Museum; Michael Collins both wrote and helped tell the story of our nation’s remarkable accomplishments in space,” said Biden in the statement.

“Although in his life of accomplishment, he earned many titles and achieved the rank of general, he demanded that everyone call him, simply Mike.”

Collins was revealed to have been battling cancer for some time, having only made public this week on April 28. Collins’ family shared in a statement that the famed astronaut passed away peacefully surrounded by his loved ones.

Biden marks his first 100 days this week, a day after his first address to Congress. In commemorating the occasion, Biden traveled to Georgia, a key state that helped him win in the November elections and give the Democratic Party control of the Senate. Biden held a drive-in rally at Duluth, accompanied by first lady Dr. Jill Biden, and Georgia’s Senators Jon Ossoff and Raphael Warnock.

At the rally, Biden also promoted his $4 trillion plans to rebuild the country’s infrastructure and invest in the expansion of the government’s social safety net. Biden also thanked the supporters that were present for playing a big role in helping pass the $1.9 trillion COVID-19 relief plan through the election of Ossoff and Warnock.

“Because of you, we passed one of the most consequential rescue bills in American history...You changed America. You began to change America and you’re helping us prove America can still deliver for the people,” said Biden.