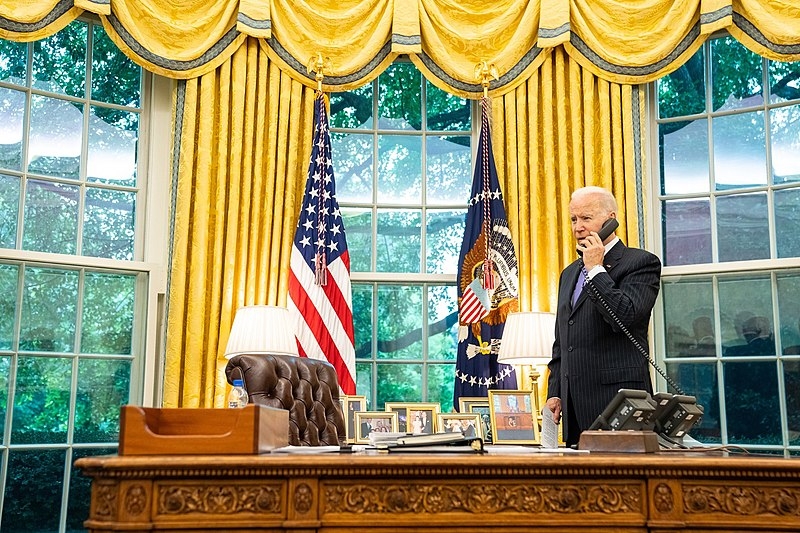 There have been concerns over whether the bipartisan infrastructure act and the Build Back Better legislation could add to the current inflation situation in the US economy. Top economists and analysts recently said that both pieces of legislation would not add to the pressure.

The top economists and analysts of rating agencies told Reuters Tuesday that Biden’s infrastructure legislations will not contribute to the inflationary pressure. This comes as centrist Democrats like West Virginia senator Joe Manchin have raised concerns about inflationary pressure, especially with the social infrastructure bill. However, economists say that the impact on the fiscal deficit both bills have will be relatively small as the plans are spaced out over a certain time period.

“The bills do not add to inflation pressures, as the policies help to lift long-term economic growth via stronger productivity and labor force growth, and thus take the edge off inflation,” said Moody’s Analytics chief economist Mark Zandi, who noted that the costs of both legislations are sustainable.

“The bills are largely paid for through higher taxes on multinational corporations and well-to-do households, and more than paid for if the benefit to the added growth and the resulting impact on the government’s fiscal situation are considered,” Zandi explained in an interview.

Charles Seville of Fitch Ratings said both packages would neither contribute nor reduce inflation in the short term. Seville told the news outlet that government spending will add less to 2022 compared to 2021, and in the long-term, the Build Back Better legislation can increase the labor supply through its provisions of child care and productivity.

In other related news, a senior Biden administration official told CNN that the US leader is not expected to attend the 2022 Winter Olympics in Beijing. This comes as the administration is likely considering a diplomatic boycott of the sporting event. Biden has yet to formally sign off on not having any officials of his administration attend, however, but discussions appeared to be leaning towards that decision.

Both Democratic and Republican lawmakers, including House Speaker Nancy Pelosi, have called for the US to boycott the Olympic events in protest of China’s human rights abuses.