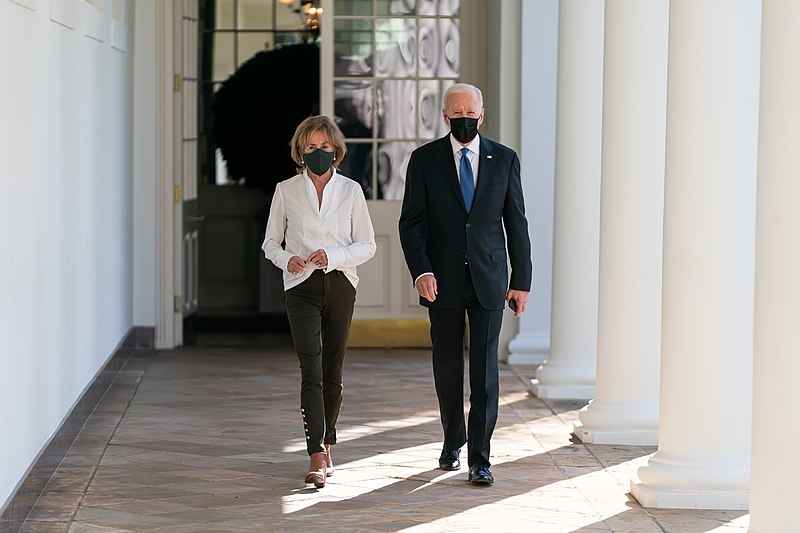 Following the major legislative feat in signing the bipartisan infrastructure bill into law, US President Joe Biden is also tackling other key issues that address the tribal communities in the country this week. Biden announced a new step towards banning oil and gas developments near a major Native American park.

Reuters reports that Biden announced that his administration is taking another step in banning the development of oil and gas near a major Native American park in his remarks at the White House tribal summit, the first summit in five years. Biden and first lady Dr. Jill Biden addressed the tribes on Monday, with vice president Kamala Harris delivering remarks on Tuesday.

“In the coming weeks, the Department of Interior will initiate consideration of a 20-year withdrawal of federal lands within a 10-mile radius around Chaco Culture National Historical Park, protecting the area from new federal oil and gas leasing and development,” the White House said in a statement.

The White House also noted that this step would not apply to individual Native American allotments or to minerals within the area. This marks a long-overdue move as tribal nations have been calling on US officials to ban drilling in the area, which is a center of ancestral Pueblo culture.

The congressional delegation of New Mexico has also been pushing for Interior Secretary Deb Haaland to take steps in banning oil and gas development outside the boundaries of the park. To note, the park is also listed as a UNESCO world heritage site. The ancient Native American sites found in Chaco include the monumental public and ceremonial buildings as well as architecture.

In other related news, the new book by ABC journalist Jonathan Karl revealed the steps taken by senator Mitch McConnell, who was the Senate Majority Leader at the time of the Capitol insurrection, to keep twice-impeached former President Donald Trump from attending Biden’s inauguration on January 20. McConnell looked to have Trump disinvited from the inauguration over fears that the former president may attempt to disrupt the transfer of power again.

According to Karl, following the insurrection, McConnell planned to have the four congressional leaders pen a letter to Trump, telling him that he would not be welcome at Biden’s inauguration. However, the plan was panned by House Minority Leader Kevin McCarthy, who opposed the idea and thought that Trump’s attendance would bring about a message of unity.

Trump ultimately did not attend the inauguration.