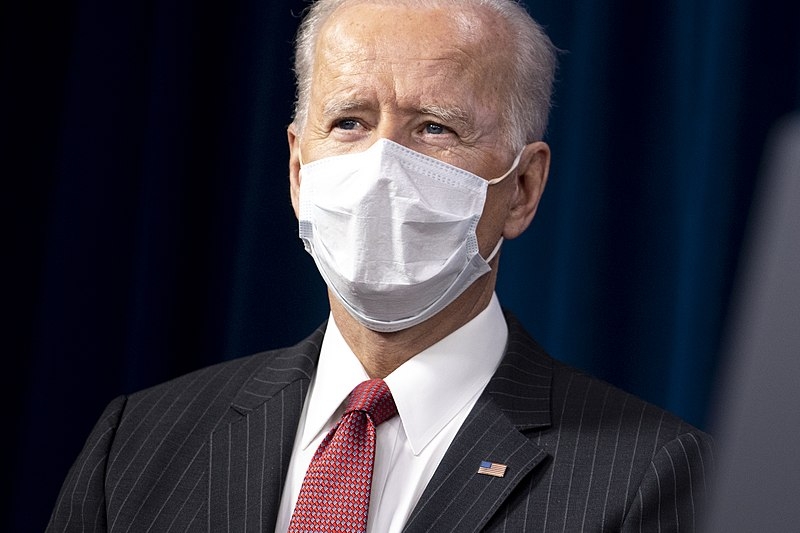 Speaking to the press after his remarks on COVID at the White House, Biden was asked about the increasing number of businesses that are publicly condemning the new voting law in Georgia. The new law, passed by state Republicans and signed by Governor Brian Kemp, was criticized for restricting voter access, as it would disproportionately affect communities of color.

The law also has a provision where it would be a crime to give food and water to voters who are standing in line to vote at the polls. The Biden administration has already publicly criticized the new legislation in Georgia.

“It is reassuring to see for-profit corporations and businesses are speaking up about how these new Jim Crow laws are just antithetical to who we are. There’s another side to this too. The other side to it too is when they in fact move out of Georgia, the people who need the help the most, the people who are making hourly wages, sometimes get hurt the most,” said Biden. “I think it’s a very tough decision for a corporation to make or a group to make. But I respect them when they make that judgement and I support whatever judgement they make.”

Biden’s comments also come as he previously voiced his support for Major League Baseball’s decision to move its All-Star game out of Atlanta in response to the new voting law.

In other news, the Treasury Department released a report regarding Biden’s plan to increase the corporate tax rate to bring in $2.5 trillion in a span of 15 years in order to fund the massive $2 trillion infrastructure plan that he is proposing.

The Made in America tax plan would be raising the corporate tax rate from 21 percent to 28 percent, while establishing an alternative minimum tax rate for high-earning businesses while attempting to close up any loopholes surrounding offshore profits.