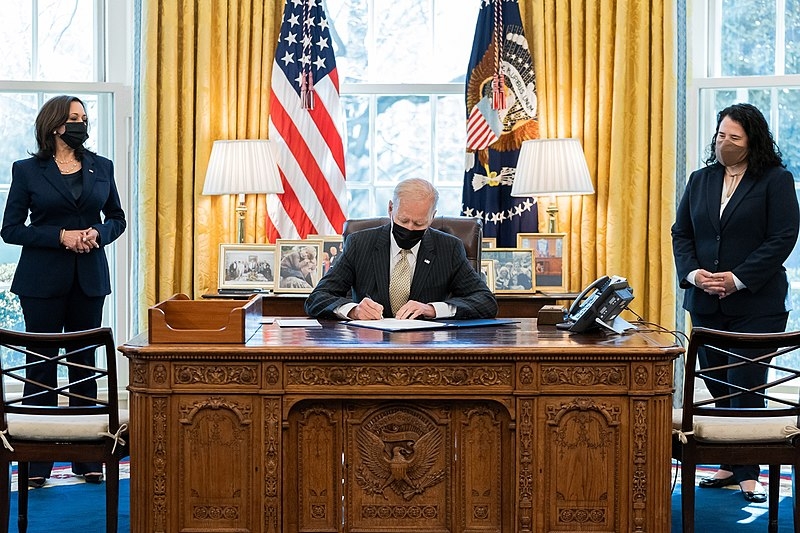 Facing pressure from his Democratic colleagues and from many in the American public, Joe Biden has previously declined to be able to cancel student debt. Biden has sought the assistance of Education Secretary Miguel Cardona to see what could be done when it comes to student debt.

In an interview with Politico, Biden’s Chief of Staff Ron Klain revealed that he is asking Cardona to draft a report on the president’s legal authority to cancel up to $50,000 of student loan debt per borrower. Biden previously said he would support the cancellation of up to $10,000 in student debt, but many have pressured him to cancel up to $50,000 through executive action.

Biden has often expressed reluctance in overriding Congress’ authority but has not ruled out the possibility of taking executive action in student loan forgiveness, according to White House Press Secretary Jen Psaki.

Senate Majority Leader Chuck Schumer, however, previously expressed that Biden does not need the authorization of Congress and may do so through executive action. This was an issue that Senator Elizabeth Warren pledged to solve during her 2020 Presidential campaign if she was elected.

However, others have warned that Biden may also run into legal challenges should he take executive action on student loan forgiveness. This is due to the slim majority the Democratic party holds in Congress.

In other related news, Biden will deliver remarks at the 10th annual Rx Drug Abuse & Heroin Summit on Monday, April 5. In his address, Biden is set to address his administration’s commitment to reduce rates of drug overdose and save lives. Biden’s remarks would be taped and shown during the opening plenary period. Biden is also the third sitting president to address the conference during their term.

“President Biden’s participation in the Summit signals that the addiction crisis is a top priority for the administration and underscores its gravity,” said HMP Global vice president Doug Edwards, who directs the company’s Psychiatry & Behavioral Health Learning Network.