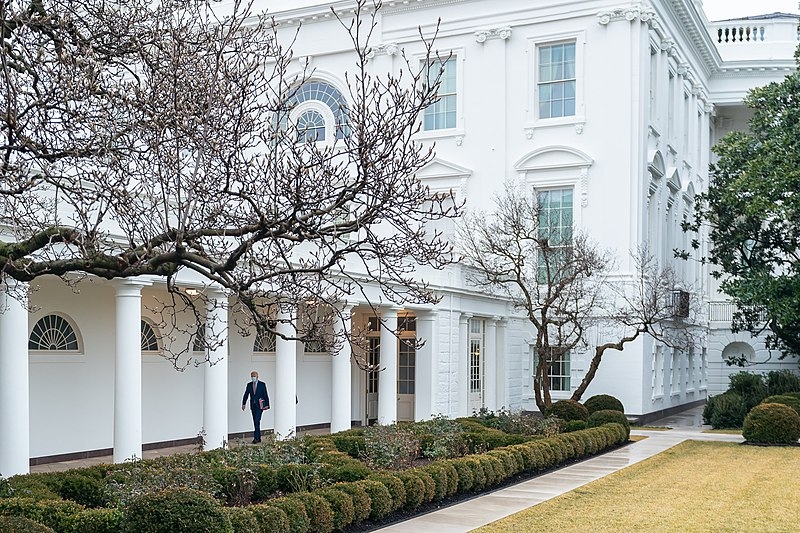 One of the concerns Republican lawmakers have expressed towards Joe Biden’s infrastructure plan was the rise in corporate taxes and its economic effects. However, Biden maintained that there has been no evidence that an increase in corporate taxes would prove to harm the economy and drive businesses overseas.

Speaking to the press upon returning from the Camp David presidential retreat over the weekend, Biden defended his proposal to raise corporate taxes back to 28 percent.

Biden noted that there are 50-51 corporations on the Fortune 500 list that did not pay taxes for the past three years and said that it was time that they pay their share. When pressed regarding the claim that the corporate tax increase would drive away corporations to go overseas, Biden said there is no proof of such a scenario happening so far.

Back in 2017, Biden’s predecessor Donald Trump and the Republican-controlled Senate cut the corporate tax rate from 35 percent to 21 percent. Trump also kept insisting that his administration would work on improving the country’s infrastructure, but no plans have been proposed or implemented.

Aside from Republicans, Biden’s proposal has also drawn the ire of West Virginia Democrat Joe Manchin, whose support is crucial in an evenly-divided Senate despite Democratic control.

White House Press Secretary Jen Psaki told the press that Biden was open to discussions with lawmakers from both parties on how to fund the investments. Manchin has said he would accept 25 percent being the highest the corporate tax rate would get, and when pressed regarding the rate, Psaki noted that the 28 percent would already be lower than it was at any time since World War II.

In other news, State Department spokesman Ned Price suggested the possibility that the United States and its allies would boycott the 2022 Olympics that are scheduled to be held in Beijing. The boycott would be due to the country’s human rights violations. Price said that a coordinated boycott is something the administration would hope to discuss, noting the sanctions the US, Canada, the UK, and the European Union placed upon China for its human rights violations in Xinjiang.