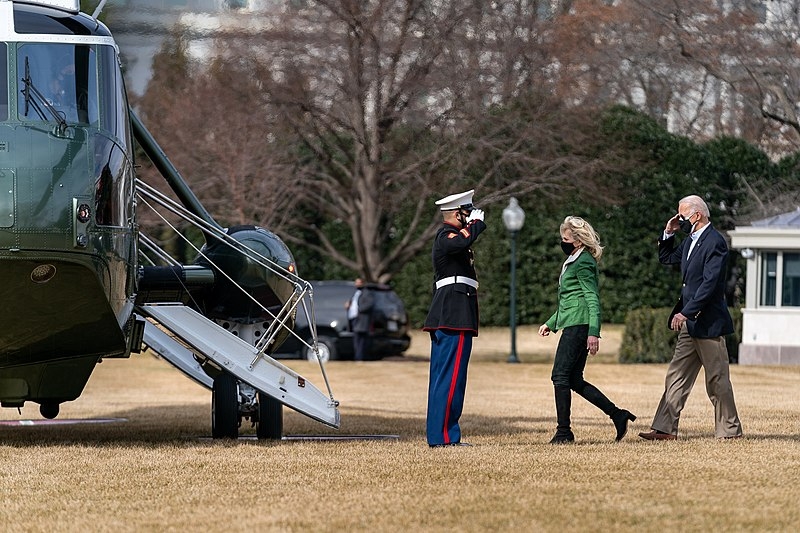 The passage of a new voting law in Georgia was met with a wave of backlash, noting the communities that would be disproportionately affected by the new law. With calls to move the Major League Baseball All-Star Game out of the state, Joe Biden has also expressed support to move.

“I think today’s professional athletes are acting incredibly responsibly. I would strongly support them doing that,” said Biden. “People look to them. They’re leaders.”

The sweeping elections bill in Georgia that was signed into law by Governor Brian Kemp would impose voter identification requirements for absentee ballots, give state officials the authority to take over election boards, limit the use of ballot drop boxes, and criminalize giving food and water to voters that are standing in line to vote. Other states that have Republican-controlled legislatures are also seeking to pass similar laws. Biden was swift to condemn the new law in the interview.

“Look what’s happened across the board. The people who are victimized the most are the people who are the leaders in these various sports, and it’s just not right,” said Biden. “This is Jim Crow on steroids, what they’re doing in Georgia and 40 other states.”

The higher corporate taxes would seek to raise money in a span of 15 years and would reduce the deficit. Therefore, Biden would be undoing the 2017 tax overhaul set in place by Congressional Republicans, lifting the corporate tax back to 28 percent from the previous rate of 21 percent.