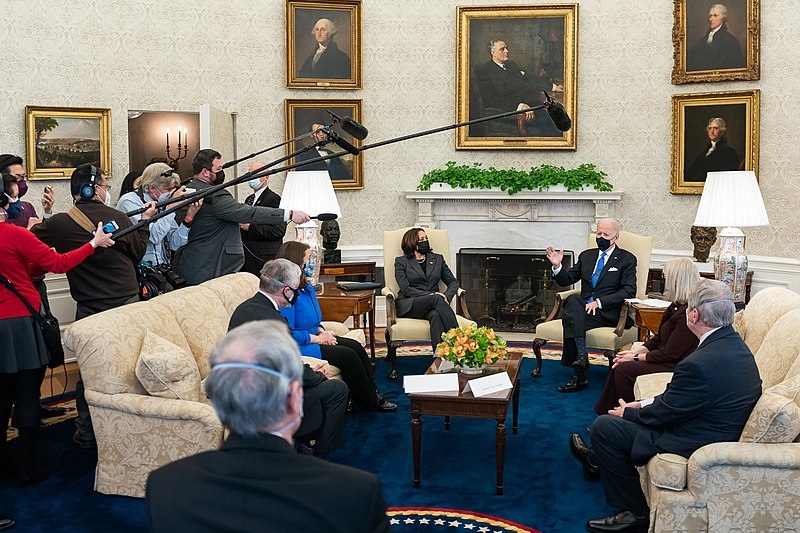 President Joe Biden is moving towards his next major legislative attempt following his successful COVID-19 relief proposal. This week, Biden unveiled the details of his massive $2 trillion infrastructure proposal.

In his visit to Pittsburgh, Pennsylvania, Biden unveiled his massive infrastructure plan called the “American Jobs Plan,” with a slightly higher price tag than the American Rescue Plan at $2 trillion. The entire proposal moves the US toward having a clean energy economy.

Most of this infrastructure plan would involve roads, bridges, and public transportation, but it also includes the expansion of long-term care for the elderly through Medicaid, a ban on exclusionary zoning, as well as investing in community-centered violence reduction programs, to name a few.

The $2 trillion in funds needed in this plan would be spaced out over eight years, which would be one percent of the US’s GDP per year over that time.

“It’s time to build our economy from the bottom up and the middle out,” said Biden in the union training center where he made the announcement, where he also stressed the need for more better-paying and union jobs. “Wall Street didn’t build this country; you, the middle class, built this country. And unions built the middle class.”

While most Americans have benefited from the $1.9 trillion COVID-19 relief plan that was passed several weeks ago, attorneys general from 13 states have filed a lawsuit against the Biden administration over a provision in the relief plan that prevents states from using relief money to offset tax cuts.

The lawsuit was filed in the district court of Alabama this week, asking judges to scrap the said provision. The restriction laid out on the bill could last until 2024.