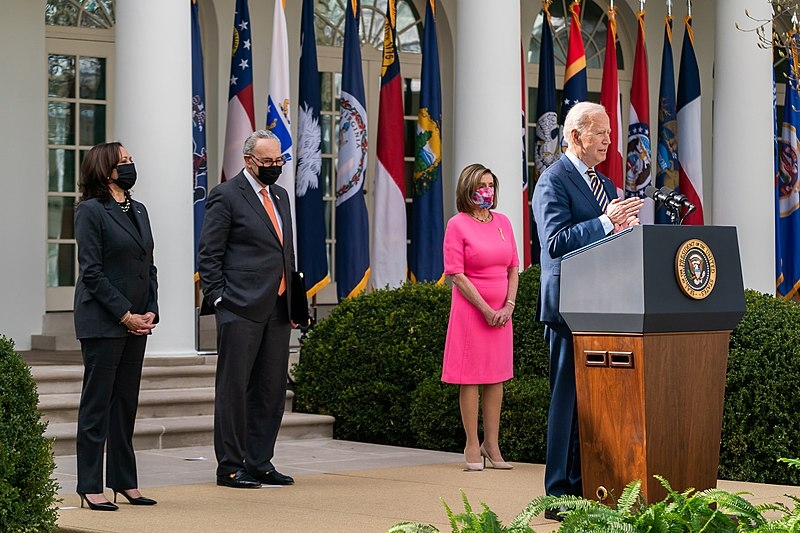 US President Joe Biden made the decision not to impose sanctions on the Russian-backed Nord Stream 2 gas pipeline. Recently, Biden defended his decision not to, citing that it would cause a strain on the US relations with European allies.

Biden maintained his stance of not sanctioning the company in charge of the Nord Stream 2 gas pipeline, the Russia-based gas company Gazprom. The US leader described the decision as a way to protect relations between the US and Europe. This may potentially see some strain between Biden’s White House and members of his own party, even as Biden has voiced his opposition to Nord Stream 2.

“I have been opposed to Nord Stream 2 from the beginning,” said Biden this week. “But it was almost completed by the time I took office. And to go ahead and impose sanctions now would I think be counterproductive in terms of our European relations and I hope we can work on how they handle it from this point on.”

Construction of the pipeline is expected to be finished in the summer. The pipeline aims to provide Europe with a gas supply and give Russia access to the European market. Earlier this month, the Biden administration reportedly opted to sanction some of the smaller entities that were involved in the building of Nord Stream 2, including some companies and ships that were helping in the construction.

Axios previously reported that this decision by the Biden administration would give a win to Russian President Vladimir Putin. Many lawmakers in Congress have raised concerns that this would only give Putin and Russia bigger leverage over Eastern Europe. This would also be expected to anger the Ukrainian government, as the pipeline gives Russia a way to bypass Ukraine in transporting gas to the European Union.

However, Biden asked to ramp up efforts to come to a definitive conclusion on how the virus was transmitted to humans.