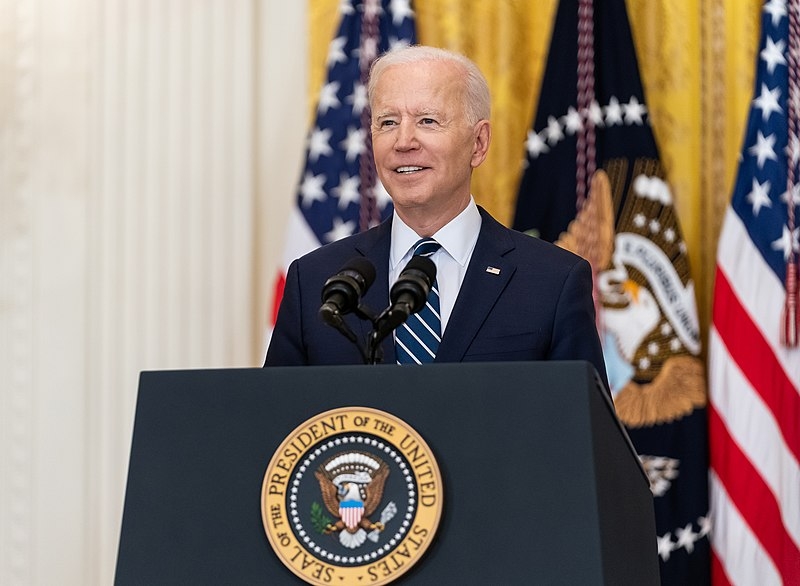 US President Joe Biden has now added to the voices and countries that are speaking out against the Belarusian Government. Biden criticized the arrest of a dissident journalist by the country, calling it an “affront to international norms.”

Biden issued a statement condemning the arrest of journalist Raman Pratsevich by the Belarusian Government, which led to diverting a commercial flight over its airspace to force a landing in Minsk. Biden is among the leaders who have been outraged by the actions of the Belarusian government, leading to increased isolation for its authoritarian President Alexander Lukashenko.

Pratsevich was on board a Ryanair flight along with 122 other passengers that were six miles from the border of Lithuania when it received a bomb threat. Lukashenko ordered a fighter jet to escort the return flight to Belarus, and Pratsevich was arrested at the airport. Pratsevich faces charges that could potentially lead to a 15-year stint in prison for opposing Lukashenko.

“Belarus’ forced diversion of a commercial Ryanair flight, traveling between two member states of the European Union, and the subsequent removal and arrest of Raman Pratsevich, a Belarusian journalist traveling abroad, are a direct affront to international norms,” said Biden in the statement. “The United States condemns in the strongest possible terms both the diversion of the plane and the subsequent removal and arrest of Mr. Pratsevich.”

Pratsevich’s arrest follows the detainment of 11 staff members of a Belarusian news outlet. The arrest and diversion of the plane have resulted in backlash from international figures. European Council President Charles Michel called for an investigation by the International Civil Aviation Organization and the European Union also banned Belarusian airlines from using its airports and airspace.

“The leaders will discuss the full range of pressing issues, as we seek to restore predictability and stability of the US-Russia relationship,” said the statement.