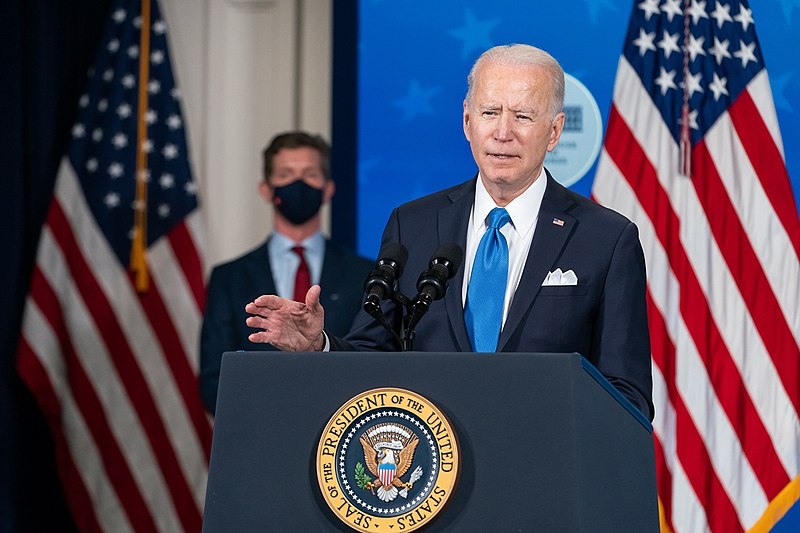 Last week marked a legislative achievement for President Joe Biden and his administration through the signing of his American Rescue Plan into law. As Americans begin receiving their stimulus checks, Biden will be touring the country to tout the $1.9 trillion plan’s benefits.

Biden is set to tour the country to tout the benefits of his administration’s $1.9 trillion American Rescue Plan following its signing into law last week. Along with Biden, first lady Dr. Jill Biden, vice president Kamala Harris, and second gentleman Doug Emhoff will also be taking part in their “Help is Here” tour. Biden kicked off the tour by addressing the public from the White House Monday.

During his remarks, Biden announced that the US would have achieved his goal of 100 million vaccines administered to the American people way ahead of schedule. Along with the impending milestone comes the stimulus checks already making their way to bank accounts over the weekend.

“It’s here, sooner than many ever thought possible,” said Biden. “Over the next 10 days, we will reach two giant goals: 100 million shots in people’s arms and 100 million checks in people’s pockets.”

NBC News has reported that the US has an average of 2.4 million doses of the COVID-19 vaccine administered every week. Biden previously pledged that within his first 100 days as president, 100 million vaccines would be administered. With the Biden team’s tour, White House Press Secretary Jen Psaki said last week that their goal was to make sure that the public is informed of the benefits of the American Rescue Plan.

Although Biden is more focused on responding to the COVID-19 pandemic, he recently met with his fellow leaders in their Quad alliance - Indian Prime Minister Narendra Modi, Australian Prime Minister Scott Morrison, and Japanese Prime Minister Yoshihide Suga in their first Quad summit. The four leaders meeting virtually was described as historic as planning for their first meeting together had begun back in February, taking into account the different timezones of each country for the meeting.

The four leaders discussed a major COVID-19 vaccine initiative for Indo-Pacific countries that are currently facing a shortage of vaccines, as well as setting up working groups on these vaccines, the climate, and technologies that can lay the foundation for an open-ended engagement.