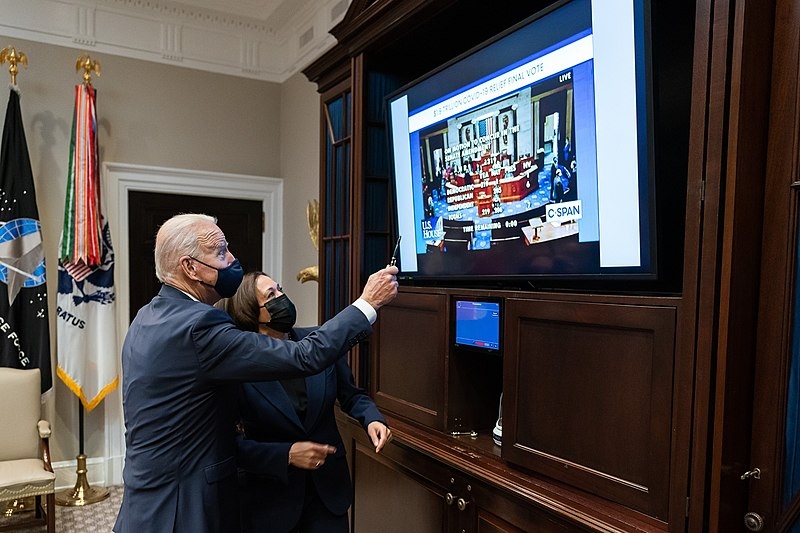 President Joe Biden’s administration made a major legislative achievement last week when the $1.9 trillion COVID-19 relief plan was signed into law after passing the House and the Senate. With the process of distributing stimulus checks underway, Americans have already begun receiving their payments over the weekend.

The third round of stimulus payments has already begun over the weekend following the previous two rounds signed into law by then-President Donald Trump. However, compared to the previous payments, this one was undoubtedly more substantial at $1400 but there will be Americans who will not be eligible to receive this payment after qualifying for the first two. White House Press Secretary Jen Psaki said last week that the checks are only the first wave and there will be more over the coming weeks.

“The checks are going to start arriving today,” said Senate Majority Leader Chuck Schumer on “The Sunday Show” at MSNBC. “New Yorkers should start receiving the checks today, and many of them will get them this week. We promise that. Republicans blocked it. We said put us in power. We get it done.” The passage of the sweeping stimulus plan was done on party lines without any Republican support.

Meanwhile, Biden weighed in on the current sexual harassment allegations made against New York Governor Andrew Cuomo over the weekend as well. Biden was pressed on whether or not he thinks Cuomo should resign, following calls from Schumer as well as many Congressional delegates from New York that the governor should step down. White House officials have previously stressed the seriousness of the allegations but did not call for Cuomo’s resignation.

“I think the investigation is underway and we should see what it brings us,” Biden told reporters.