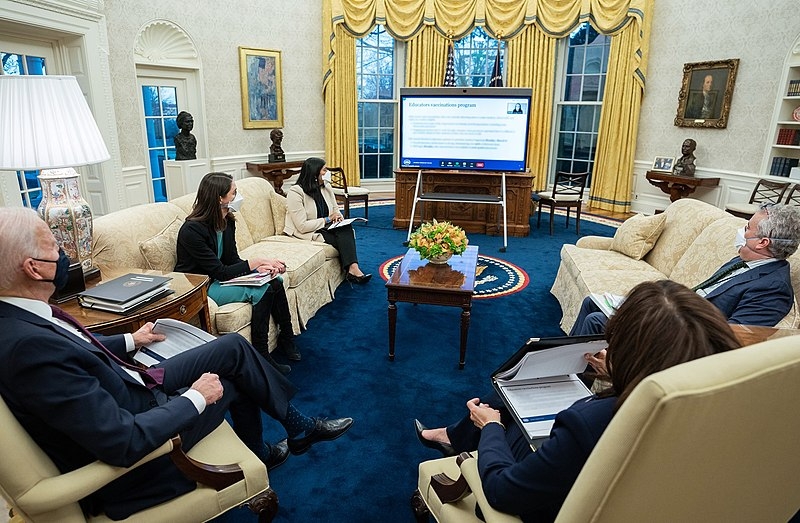 The Biden administration is set for its first major legislative achievement in the form of the $1.9 trillion COVID-19 relief bill also known as the American Rescue Plan. Shortly after the House approved the final version of the bill, President Joe Biden praised the swift passage.

Biden released a statement praising the swift passage by the House of his $1.9 trillion COVID-19 relief bill. The House’s passage of the final version of the bill comes days after the Senate passed the bill during the weekend. Biden noted the support his plan has received across the board among the American public, from Democrats to Republicans and to Independents for weeks. In the statement, Biden thanked House Speaker Nancy Pelosi and the Democrats in both the House and the Senate that voted for its passage. Biden is set to sign the bill into law at the White House on Friday.

“Now we move forward with the resources needed to vaccinate the nation. To get $1400 in direct payments to 85% of American households. To expand coverage and help in lowering health care premiums. To give small businesses what they need to stay open. To expand unemployment insurance, provide food and nutrition assistance. To help keep a roof over people’s heads. To cut child poverty in half,” said Biden in the statement.

The passage of the COVID-19 relief bill was done on party lines. As Democrats hold majorities in both the House and the Senate, not a single Republican lawmaker voted in favor of the bill.

With the COVID-19 relief on its way to American households in the coming days, White House Press Secretary Jen Psaki announced that Biden will not be signing the stimulus checks. This is a stark contrast to the stimulus checks sent to the American public in 2020 that included a note by now-former President Donald Trump. At the time, those who received electronic stimulus payments also received a note signed by Trump.