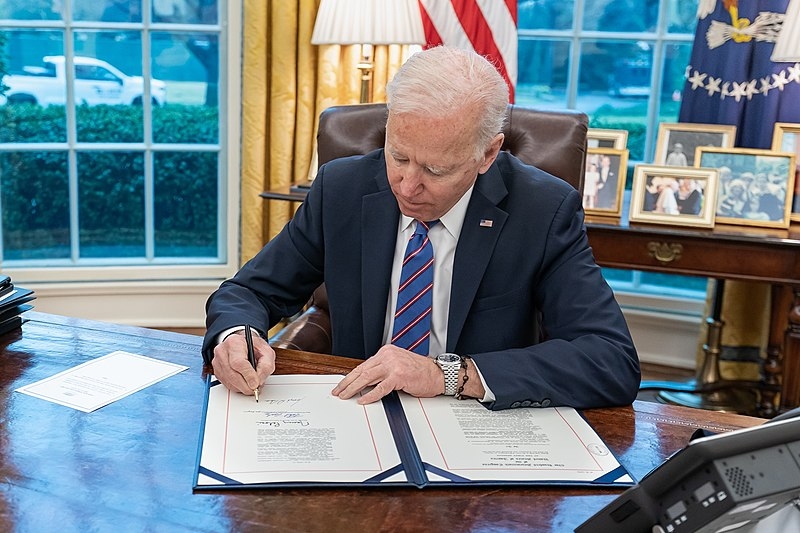 Previously, Joe Biden pledged to get 100 million COVID-19 vaccines administered in his first 100 days as president. Having surpassed the goal in half the number of days, Biden announced a higher goal that his administration hopes to achieve before his first 100 days in office is done.

In his first press conference as president, Biden announced the new goal he hopes his administration could achieve in the coming days when it came to the COVID-19 vaccine. Biden announced the goal of having 200 million COVID-19 vaccines administered in his first 100 days as president. The Biden administration was able to surpass 100 million vaccinations in over 50 days, nearing Biden’s 60 days in the White House. There has been an average of 2.5 million doses of the vaccines that were administered to Americans every day.

“I know it’s ambitious - twice our original goal - but no other country in the world has come close to what we’re doing,” said Biden. “I believe we can do it.”

“There are still too many Americans out of work, too many families hurting, and still a lot of work to do. But I can say to the American people: Help is here and hope is on the way,” added Biden, who signed his $1.9 trillion American Rescue Plan into law a few weeks prior.

In the coming month, the US’ supply of COVID-19 vaccines is expected to increase as states are beginning to ease the eligibility of Americans to get vaccinated. Biden added that an additional $10 billion would be allocated to expanding access to COVID-19 vaccines for high-risk communities.

Biden also touched on foreign policy, specifically when it came to China during the press conference. Biden pledged that China would not surpass the US in becoming the new global leader during his presidency. Biden added that his administration would make sure the US remains the leading economy in the world.

Recalling the previous conversations Biden has had with Chinese President Xi Jinping back when he was vice president under Barack Obama, Biden said he made it clear to Xi that while the US was not looking for a confrontation, he must insist that China comply with international rules regarding trade, competition, and fair human rights.