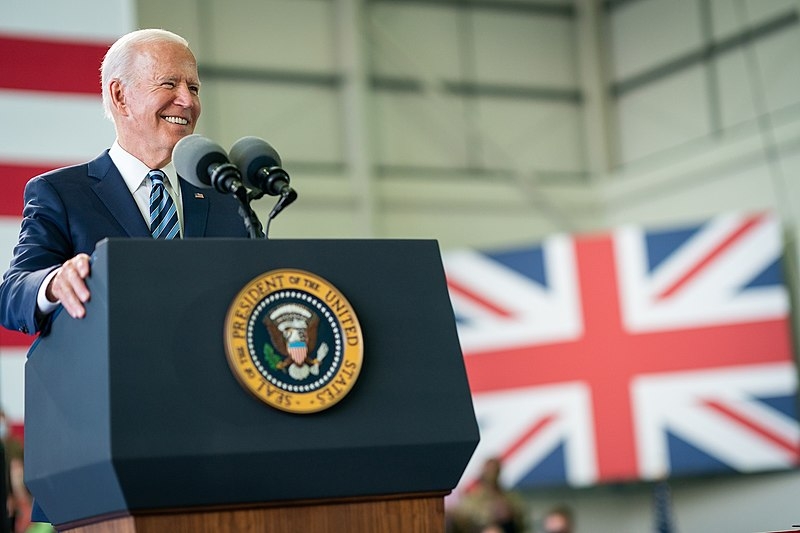 In his first overseas press conference in England for the G7 Summit over the weekend, Biden commented on Putin’s remarks regarding US-Russia relations. Both leaders’ comments come ahead of their upcoming summit in Geneva, Switzerland. Biden added that he had already informed Putin before that he would respond if it is revealed that the Russian leader was involved in cyber-attacks and election interference.

“I think he’s right that it is at a low point, and it depends on how he responds to acting consistent with international norms, which in many cases he has not,” said Biden, regarding Putin’s comment that relations between two countries are at a low point.

When it came to the possible involvement in election interference and cybersecurity hacks, Biden said, “I did and I checked it out, so I had access to all the intelligence, he was engaged in those activities. I did respond and made it clear that I would respond again.”

Biden also defended his decision not to hold a joint press conference alongside Putin in their upcoming summit. The US leader clarified that he is making it clear to Putin regarding the kind of conditions needed to have better relations with Russia and that as the US is not looking for conflict, Biden explained that he is looking to resolve issues that have already been raised.

After the G7 Summit, Biden also met with the Queen over the weekend as the monarch hosted the Bidens at Windsor Castle near London. The Bidens were welcomed with assembled soldiers from the Queen’s Company First Battalion Grenadier Guards, who gave a royal salute as the US leader and first lady Dr. Jill Biden paused for the US national anthem that was played.

While Biden did not disclose much of their conversation with the monarch, he told the press that the Queen reminded him of his mother and that she was very “gracious.”