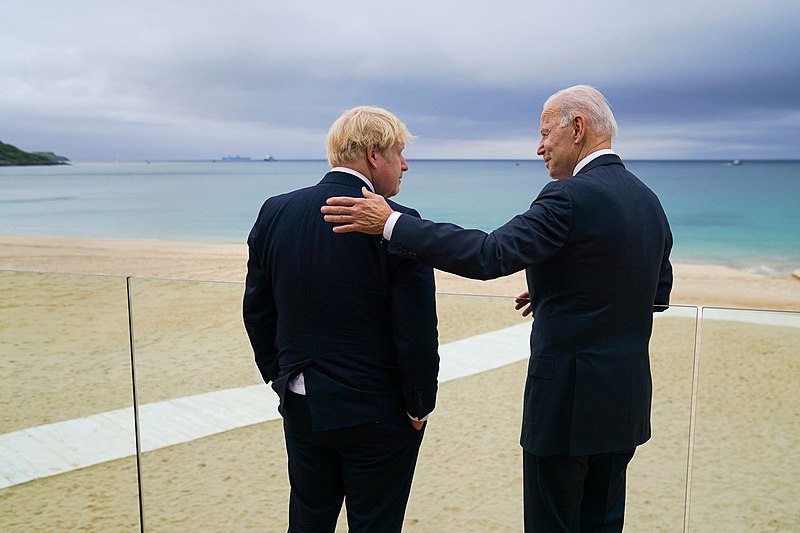 US President Joe Biden recently came from the G7 Summit in Cornwall where he met with UK Prime Minister Boris Johnson. The White House has disclosed that Biden did urge Johnson to ensure the protection of the Northern Ireland protocol amidst conflicts between the UK and the EU over post-Brexit trade arrangements.

Biden’s National Security Adviser Jake Sullivan confirmed the details of Biden’s conversation with Johnson during the summit. Johnson claimed that he and Biden were on the same page regarding the situation in Northern Ireland and that Biden did not raise concerns regarding maintaining the protocol. However, Sullivan said that Biden did express his concerns about the region.

“All I’m going to say: they did discuss the issue. They had a candid discussion of it in private,” Sullivan told the US reporters present. “The president naturally, and with deep sincerity encouraged the prime minister to protect the Good Friday Agreement and the process made under it. The specifics beyond that, I’m not going to get into.”

Biden and Johnson held a bilateral meeting before the summit. Johnson downplayed any differences between the two of them regarding the issue. This follows the diplomatic controversy involving UK foreign secretary Dominic Raab accusing French President Emmanuel Macron of talking about Northern Ireland as a different country to the UK. Macron has denied the accusation while insisting that the UK upholds its commitments that are part of the Brexit deal.

Biden is also attending the NATO summit following the G7 conference, where he called on his fellow leaders to protect nations against those seeking to divide and push populism. Biden added that democratic nations must prove to the rest of the world that democracy will prevail and autocracies cannot meet the needs of the public.

“We have to root out corruption that siphons off our strength, guard against those who would stoke hatred and division for political gain as well as phony populism, invest in strengthening institutions that underpin and safeguard our cherished democratic values,” said Biden.

“That’s how we’ll prove that democracy and our alliance can still prevail against the challenges of our time and deliver for the needs and the needs of our people,” added the US leader.