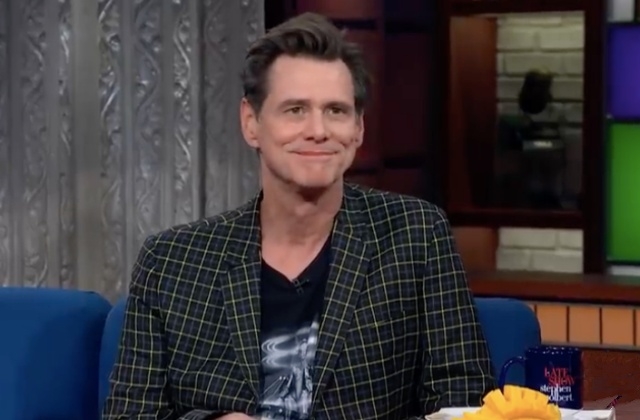 Jim Carrey is said to still be in love with Renee Zellweger that he is still looking forward to their possible reunion. The actor declared his love and hoping to rekindle their romance since their love story is not one he could ever forget.

Jim’s the one that got away

In n article published by OK! Magazine titled “Still Pining For Renee!” it was claimed that for Jim Carrey, Renee was the love of his life that got away. The two may have ended their relationship decades ago but the 58-year-old actor just recently confessed that the “Nurse Betty” star is his greatest love.

Jim revealed this during one of his interviews this year. It was claimed by the magazine that the actor is hoping that his words of love declaration will eventually lead for Renee to see him and get back together again.

“Jim always thought that he was stupid for letting Renee go because she is such a sweet woman,” the source reportedly told OK! “Jim secretly reached out to her in the hopes of rekindling their friendship and maybe more.”

The insider explained that the actor contacted his ex-girlfriend even before the interview where he said Renee is still very special to him. Moreover, Jim Carrey will always have a soft spot for her and in fact, the source said, “They’ve talked on the phone and the spark is still there so it could lead to something.”

The truth about Jim’s supposed undying love for Renee

Gossip Cop stated that it is not true that Jim Carrey wants to reconcile with Renee Zellwegger again. Although it is true that he had an interview on Howard Stern on Sirius XM radio show where he mentioned his ex-girlfriend who he met on the set of “Me, Myself and Irene” is the greatest love in his life, his words were twisted and taken out of context.

As reported in the Daily Mail, during the interview Jim said that Renee is really special to him. “That’s true and she was special to me, very special. I think she’s lovely,” he told Howard. However, OK! magazine made it look like that Jim Carrey is still carrying a torch for Renee Zellwegger which is not true. Jim Carrey was only saying a preview on the book titled “Memoirs and Misinformation: A novel” that he was set to release at that time.