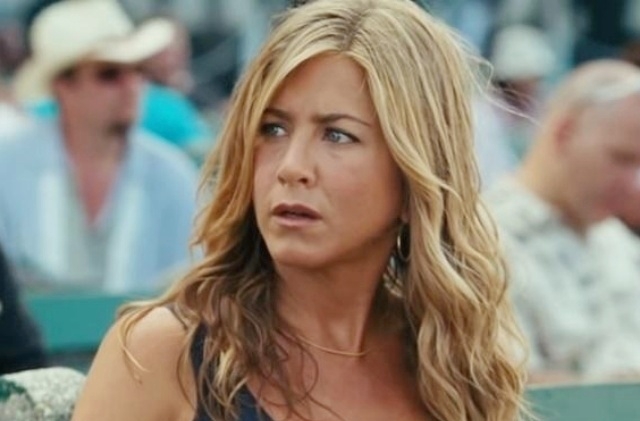 Jennifer Aniston is rumored to have confronted Meghan Markle as he has been pestering Brad Pitt to do a movie together. It was said that the “Friends” actress also warned Prince Harry’s wife and told her to stay away from her ex-husband.

In a report that was posted on New Idea, it was claimed that the former “Suits” actress has been dreaming of connecting with Brad so her Hollywood career can take off. The article stated that because Meghan Markle started her career in the entertainment business in the U.S. as one of the briefcase girls on “Deal or No Deal,” hers and the other girls’ wish at that time was to be associated with A-list stars to make her way into Hollywood.

“Back then, they would all talk about what it would be like to star alongside the likes of Brad Pitt or George Clooney, and of course everyone had crushes on them,” the so-called source told the magazine. “At the time Brad was divorcing Jennifer Aniston, and even though Angelina Jolie was on the scene, Meghan outwardly confessed she’d like to be the next Mrs. Pitt.”

Returning to Hollywood as a prince’s wife

More than a decade has past and Meghan Markle returned to Hollywood as the Duchess of Sussex. Her status is different now and she allegedly thinks that this will finally help her get a chance to work with big stars like Brad Pitt.

“Meghan has been badgering Brad’s people at Plan B company to set up a meeting for them since the day she and Harry touched back down in Los Angeles,” the tipster reportedly shared. “When she has her eye on a prize, she relentlessly pursues it until she gets what she wants. And right now, that’s to star in a movie with Brad.”

Although she is said to be bothering even Brad’s assistants and asking George Clooney to set her up for a meeting with Brad so they can talk about her ideas, Prince Harry’s wife failed to get what she wants. Most of the people reportedly ignored her and things got more complicated when the news reached Jennifer Aniston who has been reported to have rekindled romance with her ex-husband. It was said that Jen is stopping Meghan from meeting Brad because she is suspicious of her real motives for wanting to be with Brad.

Gossip Cop checked the authenticity of the report and found out that the story is not true at all. The publication pointed out that the source is already suspicious because how can she ever know what Meghan Markle has been planning for her career plus she has more things to do than “badger” Brad Pitt for a mere movie.