Jennifer Aniston, Brad Pitt rumor: Ex-couple cooking up a movie about their marriage 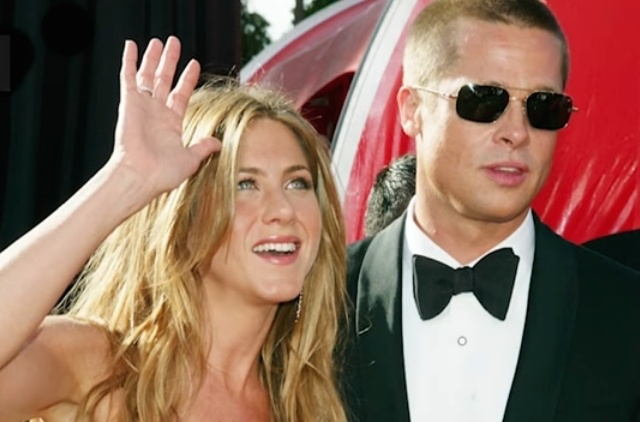 Jennifer Aniston and Brad Pitt are one of those divorced couples that people want to see getting back together again. In fact, even after all these years and they have already divorced their second partners, they are still being linked to each other.

It can be said that the rumors about Jennifer Aniston and Brad Pitt never really died down even while they were married to their respective ex-spouses Justin Theroux and Angelina Jolie. This is why it was such a big deal for the fans when they recently reunited for the virtual table reading for “Fast Times at Ridgemont High.”

Jen and Brad allegedly reuniting again for a movie

But more than a table reading, Star Magazine reported that Jennifer Aniston and Brad Pitt have actually been planning to do a movie together. They were considering this possibility since last year and it will be based on their love story and divorce.

In the article titled “Teaming Up Once Again!” Star reported that the former spouses are reuniting on screen for a blockbuster film that will feature their story as a couple. The two were said to be spending more and more time together as they discuss about this project.

A movie for a blockbuster reunion on screen

Based on the report, the content of the proposed movie will surprise even the ex-couple’s close friends, family and fans. “Jen and Brad had been toying with the idea of co-starring in a film loosely based on their own love story and the subsequent breakup,” the insider relayed to the magazine.

“The only worry is that it sure to open old wounds, which Jen, in particular, isn’t sure she’s ready for,” the source added. “Brad is cajoling her to do it though - he thinks it will be cathartic for both of them.”

The source further said that Jennifer Aniston and Brad Pitt’s idea of doing this film is not far-fetched and they could possibly produce this film through the company they set up before they split up in 2006. The production company is called Plan B and it was suggested that the two could revive this business and produce the movie themselves.

“Jen was heavily involved in Plan B before the divorce and there are some movies from back then that could be resurrected,” the tipster said.

Are Brad and Jen really teaming up for a film?

Since this is a story coming from Star Magazine, Gossip Cop went ahead and investigated to determine if the report is correct. As suspected, the narrative is false and this was further confirmed when the publication reached out to the Jennifer Aniston and Brad Pitt’s respective spokespersons and both totally denied the claim.