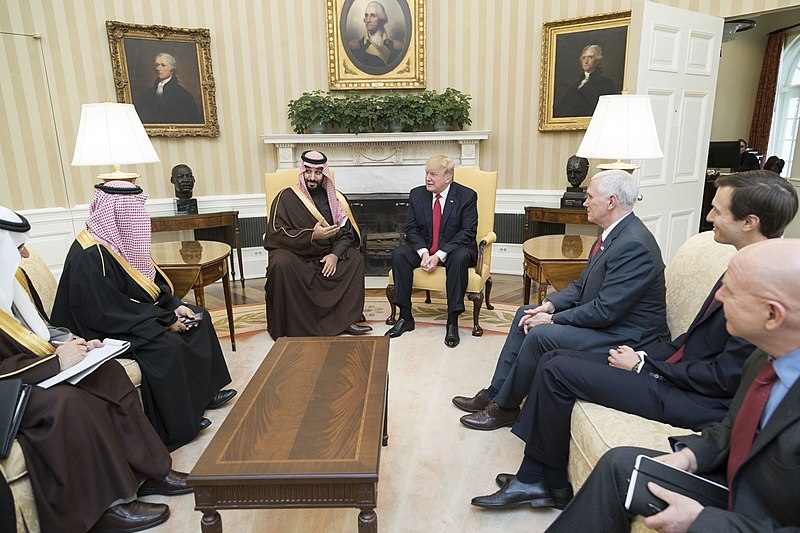 Former White House adviser and son-in-law to twice-impeached former President Donald Trump, Jared Kushner is known for overseeing the Trump administration’s foreign policies in the Middle East. Largely staying out of the political scene, a recent report reveals that Kushner has been trying to raise funds for his investment firm in the Middle East.

The New York Times reported that Kushner is looking to raise money from the Middle East for a new investment firm and has not had much success. The former White House adviser was reportedly unsuccessful in Qatar, whose leadership saw Kushner as an opponent to the administration. The Emirati also turned Kushner down because despite seeing Kushner as an ally, they questioned his business track records, according to people familiar with the matter.

From all the Middle Eastern nations that Kushner has looked to raise money from, Saudi Arabia was the country that was the most interested, according to the report.

“The Saudis are more interested, according to four people briefed on their continuing negotiations,” said the report. “The Kingdom’s $450 billion Public Investment Fund is negotiating with Mr. Kushner over what could prove to be a sizeable investment in his new firm, two of those people said.”

Under his father-in-law’s presidency, Kushner was responsible for overseeing so-called peace deals in the Middle East, playing a role in agreements to make Arab and North African countries recognize the Israeli government, called the Abraham Accords. The deals would often lead to the US seemingly legitimizing human rights violations of those same countries.

Back in October, Kushner and his wife Ivanka Trump traveled to Jerusalem to visit Israeli lawmakers who have launched the Abraham Accords caucus in the country’s parliament. In his remarks, Kushner said that the agreements brought on a “new paradigm” in the region that would lead to different outcomes depending on the countries. The accords were a step away from the consensus among Arab states not to recognize Israel until its conflict with Palestine was resolved.

At the time, the agreement was signed by then-Prime Minister Benjamin Netanyahu but remains to have the support of the coalition that ousted him from his position back in June.