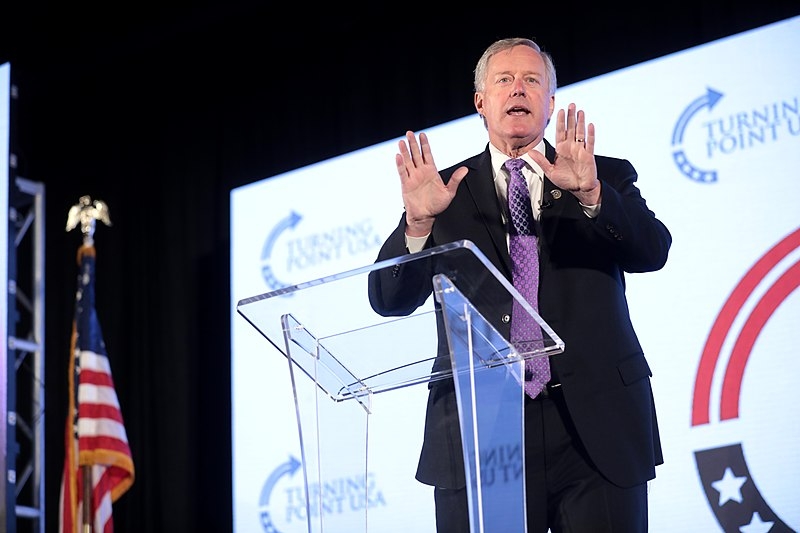 The former chief of staff to Donald Trump was recently criminally referred to the Justice Department for contempt of Congress. The January 6 congressional committee recently filed a motion to force Mark Meadows to testify, citing the damning text messages and witness testimony.

According to a report by Rawstory, the congressional panel filed a 248-page motion to compel Meadows to testify as the former Trump aide initially complied with the subpoena only to back out later on.

The committee’s motion used the text messages as well as testimonies from witnesses to make the argument that Meadows was the point man for the insurrection and attempts by Trump and his allies to overturn the elections.

The committee also explained why Meadows’s claims of executive privilege have no merit, citing the former Trump aide’s activities in the weeks leading up to the insurrection on January 6, 2021.

The record has shown that Meadows coordinated with a group of far-right lawmakers in Congress and outside operatives to amplify election fraud claims while pressuring the Justice Department to pursue such claims.

The panel argued that Meadows is not protected by executive privilege as he was operating as a campaign staffer or as a criminal, noting that Meadows’ attempts to interfere in the 2020 elections would be a violation of the Hatch Act, especially if he acted as a federal official. The committee cited 26 exhibits attached to the motion that included a total of 2,319 text messages from Meadows’ personal phone that the former Trump aide has turned over to the committee.

The testimonies of Trump aide Jason Miller and Meadows aide Cassidy Hutchinson were also among the testimonies included in the motion.

While the Justice Department has yet to indict Meadows for contempt of Congress, Watergate prosecutor Jill Wine-Banks speculated that the possible reason why Meadows has not been charged by the DOJ is that the former congressman may also have committed two federal crimes.

Wine-Banks’s comments follow the suggestion of legal expert Harry Litman, who said that Meadows is “up to his neck” in two possible federal crimes.

“I think that some of what we have seen in the last few days may explain why the Department of Justice has not yet indicted Mark Meadows for contempt, and it may be because these documents show him to be an active participant in a coup,” said Wine-Banks. “And maybe they are looking at him more seriously for a substantive part and for obstructing Congress.”