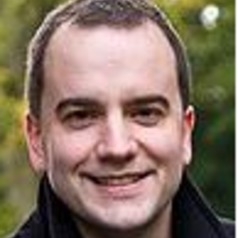 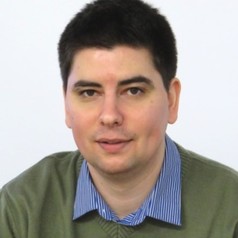 The modern world depends on the smooth provision of vital services such as energy, transportation, telecommunications, food, water and healthcare. But the systems underpinning these sectors are increasingly complex and interdependent, interacting at a global scale – which makes them susceptible to potentially catastrophic failures when they come under stress.

The recent blackout in the UK is a good example. While relatively brief, this outage – caused by the simultaneous failure of two generators, a gas-fired plant in Barford and the Hornsea offshore wind farm – left almost 1m people in England and Wales without power and caused widespread traffic disruption.

In South America, 48m people were left without power in June after violent storms knocked out the network. In the US, the California Utility company is resorting to blackouts during high-risk periods to prevent wildfires after the recent loss of life, suggesting that the ageing electrical infrastructure was the cause of the wildfires.

Energy supply for the future

These events occurred against a backdrop of the inevitable changes in energy supply, which require changes in the way systems are monitored and managed. Earlier this year the UK government announced its plans for a revolution in offshore wind energy which aims to provide a third of all UK electricity by 2030.

These new offshore wind farms will consist of larger wind turbines further offshore and 10-12 MW generators, and will become a significant contributor to the UK energy mix. Through this deal, the offshore wind industry plans to almost quadruple our wind energy generation capacity from 7.9 gigawatts to at least 30GW by 2030.

The UK is already at the forefront of offshore wind, with more capacity than any other country, some of the biggest offshore wind farms and the most powerful turbines. Yet, as recent events showed, losing just two generators simultaneously can cause significant disruption. This underscores how much this development requires new techniques for lifetime management, monitoring and control of offshore wind assets. It also shows the need for novel “demand-side response” techniques – that is, ways of using electricity intelligently during periods of high demand.

Researchers in a variety of disciplines have an important role to play in supporting this vision. We are the academic lead for the UK’s largest whole system and energy system integration project, called Reflex (Responsive Flexibility).

This seeks to explore how we can create a resilient, sustainable and low-carbon energy infrastructure that supports society’s vital services. To connect offshore renewable generation to the mainland grid, we require an expensive network of subsea power cables. For example, the high-voltage direct current (HVDC) NorthConnect project required an investment of over £1.2 bn for a single subsea power cable installation. Clearly, the expense of these assets limits our ability to factor in elements often present in power networks, such as installing back-up cables in case the main power link fails. 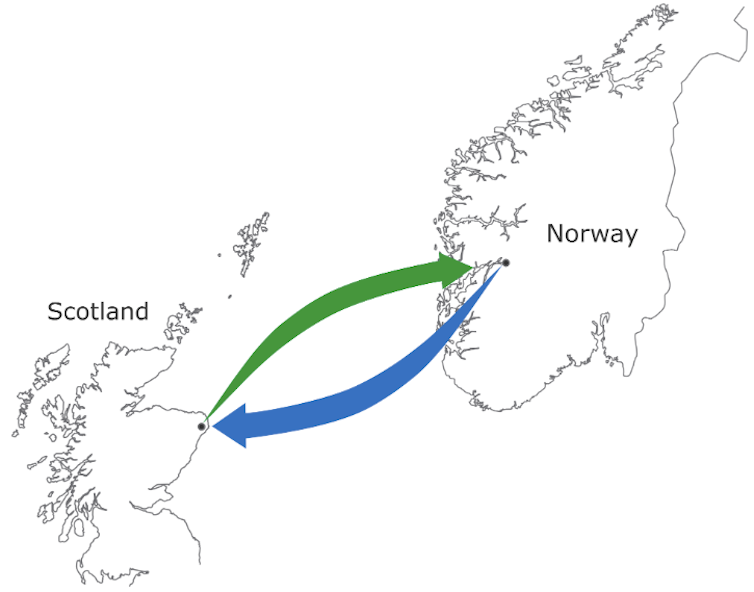 The NorthConnect subsea cable project is designed to facilitate energy trade between the UK and Norway. NorthConnect, Author provided

So how do we safeguard our energy infrastructure with so much emphasis on offshore wind? We believe the solution will involve a partnership between people, Artificial Intelligence and robotics. We need robotics to improve our ability to monitor and maintain these assets which in the future will be achieved through persistent autonomy.

This means robots being left in-situ with the ability to monitor and maintain themselves and offshore wind farms. With unprecedented levels of data from a variety of sources such as structural monitoring systems, supervisory control and data acquisition (SCADA) systems, environmental monitoring and so on, the need for advanced AI to support critical operational decision making is vital.

In this situation, human beings would simply become overwhelmed by the volume of data and information at their disposal. But people working in tandem with robot and AI assistants will be a core feature of how we manage our future offshore infrastructure during this transition to an energy supply dominated by wind.

One example of how we are doing this relates to our research in dolphin-inspired low-frequency sonar to support autonomous underwater vehicles (AUVs) in assessing the integrity of subsea power. The AUV removes the need to deploy human divers in this dangerous environment, and the low-frequency sonar analysis provides critical measurements that complement the AI assistant on land, so that it can accurately forecast the condition of the power cable.

In the future we foresee widespread integration of subsea docking stations as well as floating command and control centres, where the security of our subsea and surface wind turbine infrastructure is maintained by patrolling robotic platforms capable of inspection and repair.

AI and robotics have advanced significantly in recent years and in collaboration with human operators they can enable us to be more responsive so that we can adapt to rare events such as extreme weather conditions or the threat of sabotage or interference to subsea cables. The challenge will be in how we intelligently manage these remote assets in order to keep the costs down and the lights on.