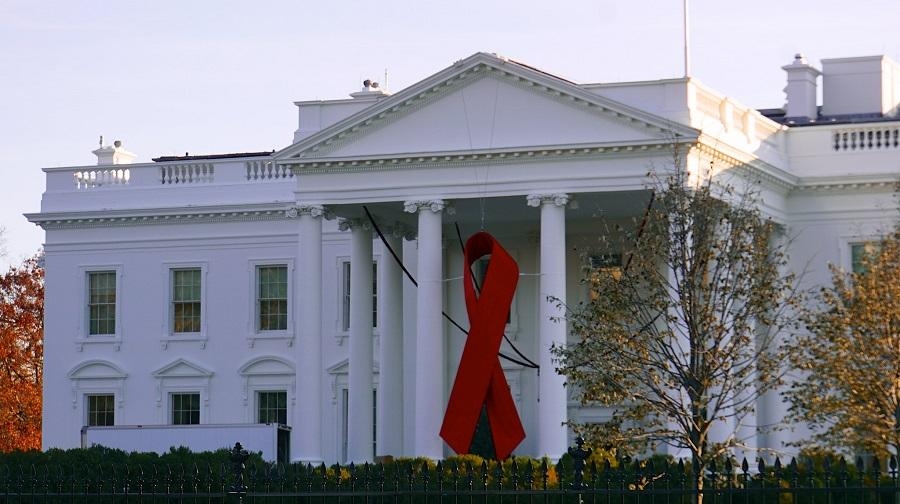 The Red Ribbon is displayed in front of the White House to commemorate World AIDS Day in 2014. | Photo credit: Ted Eytan (licensed under Creative Commons [https://creativecommons.org/licenses/by-sa/2.0/]) via Flickr.com

Finding a cure that would eliminate HIV from the body remains one of the biggest challenges in humanity. However, there have been numerous studies published this year alone that seemed to have proven that, ultimately, HIV infection can be cured.

Developing a cure for HIV is not easy because of the characteristics of the virus. Patients can now have access to antiretroviral drugs that keep the virus at bay but does not eradicate it from their body. Once the virus becomes inactive, it hides in reservoirs that are practically impossible to detect. But once a patient stops taking ART, the virus will immediately become active again. Therefore, the need for finding an HIV cure is still very important.

To accomplish this, scientists have been using several strategies. One study attempted to replicate the case of Timothy Ray Brown, who was previously known as the Berlin patient. He is the first-ever person to become free of HIV through stem cell transplant.

Earlier this year, scientists reported that the same experiment and successful results were observed to a second individual, only known as the London patient. This proves that Brown’s case was not an anomaly and that HIV can be cured. Brown and the London patient were diagnosed with Hodgkin’s lymphoma that explains the need for the bone marrow transplant.

In both cases, the CCR5 genetic mutation was present in the chosen donors. The London patient’s transplant reportedly resulted in having white blood cells that are resistant to HIV. Furthermore, researchers found that HIV “disappeared” from the patient’s blood samples despite ART suspension after the transplant. The London patient has been HIV free for 18 months at the time the case was published last March.

More recently, researchers from the University of California, San Diego, published their study where they found an RNA molecule they call HIV-1 Enhanced LncRNA (HEAL). It is now being referred to as the kill switch of dormant HIV reservoirs, which marks another breakthrough in the field of HIV cure studies.

Though the scientists involved in the research believe that further investigations are needed, the results of their remarkable study open many opportunities to understand the virus further. Overall, the discovery of the RNA molecule could be a great help in developing an HIV cure.