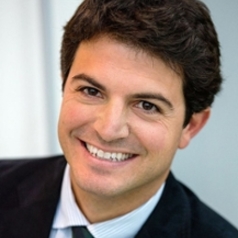 Olaf Scholz is soon to be sworn in as the new chancellor of Germany after nearly two months of intense negotiations between the Social Democrats (SPD), Greens, and liberal Free Democrats (FDP).

It is a complex coalition as the three allies had different – at times opposing – priorities ahead of the elections. On taxation, for instance, the Greens and SPD promised to raise taxes on high-earners, while the FDP was strongly opposed. With the SPD receiving six ministries on top of the chancellery and the Greens and FDP on five and four respectively, Scholz must unite them while providing the leadership expected from the chancellor of Europe’s largest economy.

In the press conference to announce the coalition agreement, there was much discussion about public investment, workers’ rights and of course the COVID-19 pandemic. But while these matters are key and attract widespread media attention in Germany, there are ultimately three issues that will forge the future of the German locomotive – and also the entire EU economy.

The next German foreign minister will be Annalena Baerbock, the Green co-leader. The Greens repeatedly criticised Angela Merkel for prioritising German commercial interests at the expense of core western values, and much of this related to China and Russia.

For instance, Merkel backed the Nord Stream 2 pipeline between Russia and Germany, despite longstanding opposition from the US among others. One objection to the pipeline is that it makes Russia less dependent for supplying Europe via another pipeline that goes through Ukraine, so it enables Putin to squeeze Ukraine’s income from supplying gas for political advantage.

As for China, Merkel pushed the EU-China Comprehensive Agreement on Investment over the finish line in late 2020 despite widespread criticism. The agreement, which gives the two sides better access to one another’s markets, is now on hold and still needs to be ratified. Yet it shows the extent to which Merkel’s government was on good terms with China.

The question is to what extent this approach will now change under Scholz and Baerbock, who has said that her objective is a foreign policy “guided by human rights and values”. The language she has used – for instance when stating that territorial disputes in the South China Sea must be resolved according to international maritime law, or when criticising Russia’s suppression of civil rights – calls for significant changes in the relationship between Germany and both nations.

But Germany’s economy is deeply interconnected with both countries, especially with China. The position that Scholz will take will define his chancellorship and also inexorably shape the EU’s relationship with these two countries.

The announced objective of the newly formed coalition is that renewables will account for 80% of German electricity by 2030 – a substantial increase from the approximately 45% registered in 2020. In the recent coalition press conference, Scholz reiterated that the coalition intends to execute the “biggest industrial modernisation project Germany has undertaken in more than 100 years”.

But this requires gigantic investments in climate protection, and the modernisation of the country’s bureaucracy, digitisation and more. The Greens favour paying for this by changing Germany’s rule that it can only borrow up to 0.35% of its GDP in any given year, but the FDP is opposed and so the debt brake is going to remain.

So, who will pay for the green transition bill? On this crucial question, Scholz and his coalition allies have not really provided any answers. And looking at the macroeconomic data, it is unlikely that additional resources will come from higher growth.

Germany continues to be Europe’s largest economy and was the world’s third-largest exporter after China and the US in 2020. But increasing international competition, China’s growing inward focus, and growing protectionism may well cap Germany’s growth rate in the coming years. This would continue what has to some extent been happening in the past decade already.

3. The EU’s most indebted nations

The creation of the EU’s €750 billion (£638 billion) coronavirus recovery fund earlier in 2021 has been seen as a defining moment for the bloc. It means that the member countries have for the first time agreed to raise their common debt to ensure that those most hit by the pandemic will be able to alleviate the negative consequences and invest in recovery plans to allow for higher growth across the region.

Merkel was only able to convince her political allies at home to agree to this by assuring them it was a one-off measure. Yet numerous EU nations such as Greece, Italy and Portugal had debts that were already verging on unsustainable pre-COVID-19, and the pandemic has further exacerbated their problems. The debate about whether the rest of the EU should bail them out is therefore bound to come to a head sooner or later.

Current FDP leader Christian Lindner is widely seen as a fiscal hawk for his insistence in claiming that Europe (as well as Germany) should go back to the strict rules on debt that were in place before the pandemic, thus keeping public debt below 60% and public deficits below 3% of GDP. In stark contrast, the Greens favour an expansive fiscal policy in which the EU borrows more to stimulate its economy.

For the moment, at least for Germany, the FDP has set the rules as the debt brake has been confirmed. But will this approach be pushed to EU budgeting as well? We will soon find out. On this very issue, Scholz will set his reputation in Brussels and beyond.