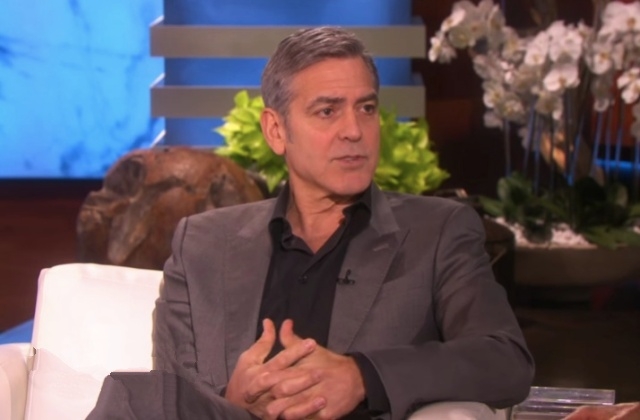 George Clooney is said to be renovating his home in Los Angeles and the works have been going on for months now. The former “Batman” actor was said to be spending millions for the upgrade of his mansion located in one of Hollywood’s prime and exclusive neighborhood.

The renovation is taking time to complete because it is not a simple remodeling of the house. It was reported that George Clooney is also adding three new buildings in the property including a cottage where his twin children can play.

The neighbors are complaining

It was said that the home will still take six more months to complete but there is a problem. As per The Sun, the actor’s neighbors are already complaining about the renovation works. They are allegedly upset because of all the noise coming from the site.

And with a half more year to go before the mansion is completed, it means that they will have to endure six more months of misery. The work was said to have been going on for a year now but based on the photos acquired by the publication; indeed, there are still lots of work left to do with the mansion.

“Some of the neighbors are upset about the noise, there are too many trucks coming early in the morning,” one local allegedly told the outlet. “The workers and trucks park up and down the street and take up all the spaces in front of other people’s homes, so that’s annoying too.”

The source who does not want to be named further said, “It was worse before because there were cement mixer trucks coming and going and they made a lot of noise. But people are not too happy about the situation and are looking forward to the project being finished.”

In any case, the house boast of a 6-bedroom villa that George Clooney purchased for $2.2 million in 1995. The actor is also adding an exterior oven for pizza, a funicular and water features.

Meanwhile, George Clooney was dragged into Jeffrey Epstein’s scandal after it was alleged that he hooked up with the convicted sex predator’s girlfriend Ghislaine Maxwell. Page Six reported that Ghislaine claimed she and the Amal Alamuddin’s husband had a tryst once. Then again, this is still considered unconfirmed since Clooney’s involvement with her has not been proven yet.