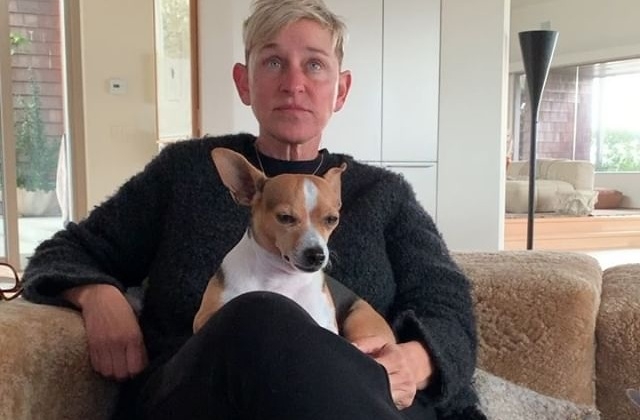 Ellen DeGeneres has been involved in a big controversy where she was accused of being “toxic” in the workplace. With all the negative comments coming from the public, it was reported that she will be replaced in her popular talk show and Kristen Bell is the favored replacement.

As per OK!, many people have chosen Kristen Bell to be Ellen DeGeneres’ successor in “The Ellen Show.” Thus, the 40-year-old actress is most likely to take over and be the new host.

Why Kristen is the “heir apparent” to “The Ellen Show”

The magazine stated that the production team of Ellen DeGeneres’ show has actually been quietly grooming Dax Shepard’s wife to become a host. It was alleged that the show executives have been considering her for a long time so it was not a decision made in haste.

“They have been grooming her as the replacement,” an unnamed insider supposedly told the magazine. “She is definitely in front of James Corden. They want a woman and no-one is funnier or more relatable than Kristen.”

This means that OK! Magazine is trying to suggest the execs have long been eyeing Kristen Bell to take over the hosting job. Even before Ellen DeGeneres was accused of being mean to the employees and staff, the actress has already caught the attention of the show’s higher-ups.

“With Ellen’s scandal, Kristen’s name tops the shortlist,” the so-called source added. “Kristen has been quietly honing her hosting skills. Even better for Warner Bros., everyone in Hollywood loves Kristin.”

Debunking the rumor on Ellen DeGeneres’ ouster in her show

Despite the scandal and controversies surrounding Ellen DeGeneres and her show, it seems that season 18 of “The Ellen Show” is proceeding as originally planned. Besides the few fired executives, everything seems to be back to normal in its production.

The 62-year-old veteran host and comedian has signed a contract that will expire in 2022 so she can’t just leave her show as suggested. Also, the investigation on the alleged toxic workplace mostly accused the executive producers so DeGeneres is not likely to be removed.

Finally, Gossip Cop concludes that there is no solid proof that back up the claims Ellen DeGeneres is set to be replaced by Kristen Bell. The actress is also busy with other projects so there is no time for her to fulfill any hosting job today and in the near future.