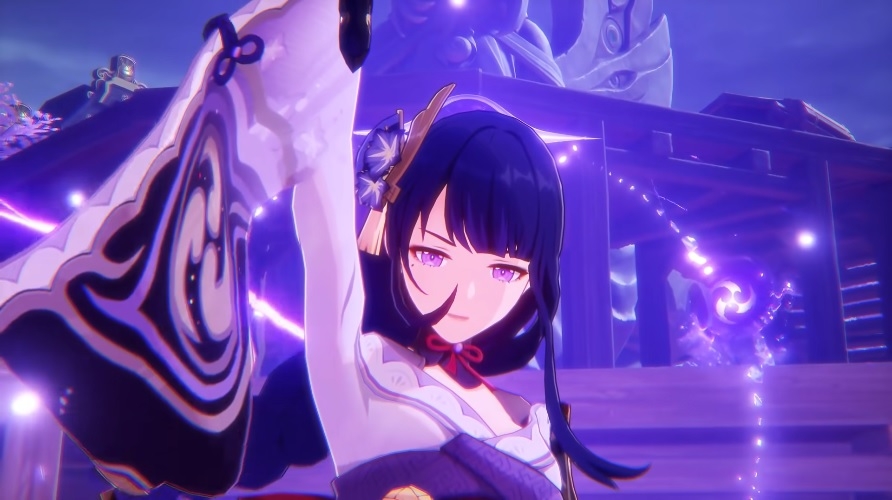 The latest patch for “Genshin Impact” was just released, but leaks about the content arriving in version 2.1 are already all over the internet. It has been reported that a new playable character will be released, along with a new area in Inazuma that will allow players to go for some fishing.

Reliable tipster abc64 recently announced they are taking a break from leaking “Genshin Impact” content and left fans with “one last gift” that reveals the attributes of the upcoming playable character named Raiden Shogun. Her arrival to the game has been known for some time now, but the developers remain mum on her skills.

With the new leaks, however, Raiden is confirmed to be a 5-star Polearm character with maximum Stamina of 240. Leaker Raidenbreath has also revealed the full abilities kit of the vessel of Baal that indicates her Normal Attack includes five consecutive spear strikes. The upcoming “Genshin Impact” playable character is also currently planned to launch with a Charged Attack that lets her perform an upward slash, but it would consume some of her Stamina. Raiden’s Plunging Attack lets her plunge from mid-air and aims for the ground beneath her, damaging enemies along the way.

Other reports have mentioned that Raiden’s Normal, Charged, and Plunging Attacks are infused with Electro DMG. But the character would use her sword (tachi) when she joins battles in “Genshin Impact.”

miHoYo unlocked the region of Inazuma in version 2.0, so “Genshin Impact” fans can expect the developer to add new locations in the next updates. As for version 2.1, one of the new areas expected to be introduced is Watasumi. Since Inazuma is a region largely surrounded by bodies of water, it is not surprising that fishing mechanics are also reportedly in the works.

While the mentioned leakers have good track records, it is worth noting that most of the details reported were likely taken from a beta version of “Genshin Impact” patch 2.1. That means, for reasons beyond the sources’ control, some of the content reported may not make it to the final version of the next update, so fans should still take them with a grain of salt.

It is also going to be a while before “Genshin Impact” version 2.1 is released. The next major patch is expected to launch in early September.