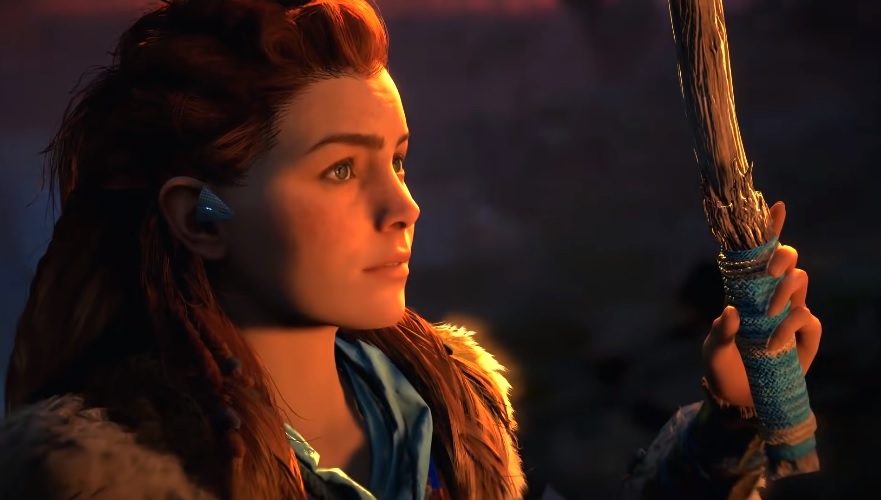 The latest miHoYo and PlayStation collaboration has been announced, and it features the main protagonist of the upcoming “Horizon Forbidden West.” Aloy and her staple weapon will be released in “Genshin Impact” — both in anime form, of course — in an upcoming update.

When will Aloy and her Predator Bow come to ‘Genshin Impact’

The announcement comes shortly after “Genshin Impact” version 2.0 went live as the official PlayStation Twitter page unveiled Aloy’s anime form as she prepares to take her machine hunting in Teyvat. There will be a short wait, though, before Aloy comes to the game, but it should give fans more time to reach the requirement to acquire the five-star character for free. Travelers will have to reach at least Adventure Rank 20 to be eligible for the free Aloy character. Another obvious requirement is having a PS4 or PS5 console.

“Genshin Impact” players with PS4 and PS5 who will meet these requirements will receive the 5-star Cryo version of Aloy via in-game mail for free once version 2.1 goes live, which is expected on Sept. 1. They can get the free character and her 4-star weapon before the start of the update maintenance for version 2.2 on Oct. 13.

Aloy’s “Genshin Impact” abilities are tied to her familiar weapon, the Predator Bow that will also be available in version 2.1 for PS4 and PS5 players. Its passive ability called Strong Strike deals Cryo damage that will increase the character’s Normal and Charged Attack DMG points by 10 percent for six seconds. The attack is also increased by 66 when the weapon is used by Aloy.

Aloy will be available on other platforms, but there’s a catch

There is are good news and bad news for “Genshin Impact” players on other platforms concerning the addition of Aloy and the Predator Bow. The good news is they will both be available outside the PlayStation Network, but not until version 2.2 arrives on Oct. 13. However, the Predator Bow’s Strong Strike Ability is exclusive to PlayStation consoles.

“Genshin Impact” players who do not have a PlayStation console can receive the free Aloy and Predator Bow until the update maintenance for version 2.3 begins on Nov. 24. This could also be the deadline for the limited-time event that will bring the ”Horizon Forbidden West” content to miHoYo’s game.