‘Gears 6’ release date may be ways off, but The Coalition’s Unreal Engine 5 demo suggests it’s worth the wait 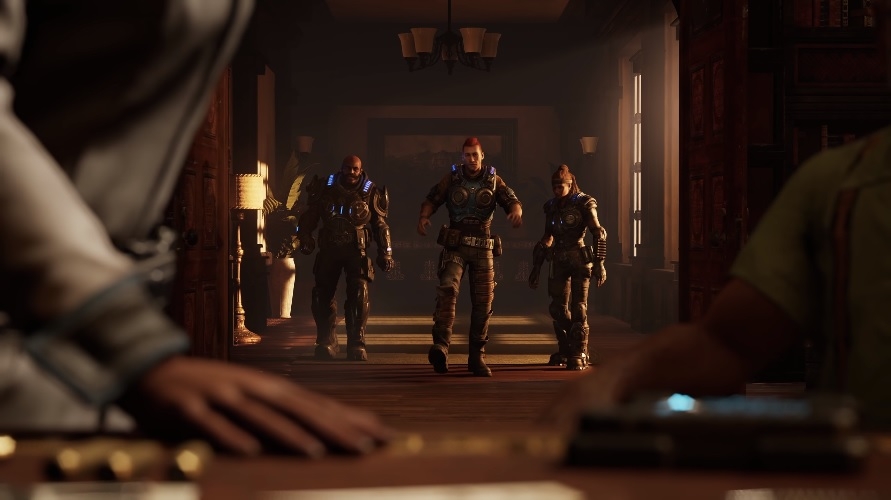 The Coalition’s next game, which many hope to be “Gears 6,” may not be launched in a while. However, the studio has released its first technical demo using Unreal Engine 5, showing that the developer’s next project is likely worth the wait.

Two videos were released on Monday to showcase how much future games can improve as developers like The Coalition transition to using Unreal Engine 5. But before fans get too excited, it is important to note that none of these videos show teasers or gameplay of “Gears 6.” The Alpha Point tech demo even bears a watermarked disclaimer that the assets used “do not represent a game product.”

The main point of the videos is to give fans an early preview of what developers can achieve with this new gaming development tech. The demo released also runs on Xbox Series X and uses “real-time lighting and reflections.” The details in every frame are almost incomparable to the latest games available in the market, making the scenes look cinematic.

Gaming fans will further appreciate what Unreal Engine 5 will allow developers to deliver with The Coalition’s character rendering test on the engine. The image of the character, which again is not taken from a game product, looks life-like. The details in the character’s outfit are also impressive that even the fine lines on the leather satchel are very visible.

As mentioned, the Alpha Point tech demo does not contain any assets from “Gears 6” or any other games. However, The Coalition has previously hinted that its work on the franchise is not over yet. The developer announced earlier this year that it is moving forward with Unreal Engine 5 for “multiple new projects,” and it has been what’s giving fans hope that “Gears 6” could still launch in the future.

Meanwhile, The Coalition still has one last content update to release for “Gears 5” called Operation 8. It is expected to be released soon, and it will introduce a new playable character named Bernie Mataki.