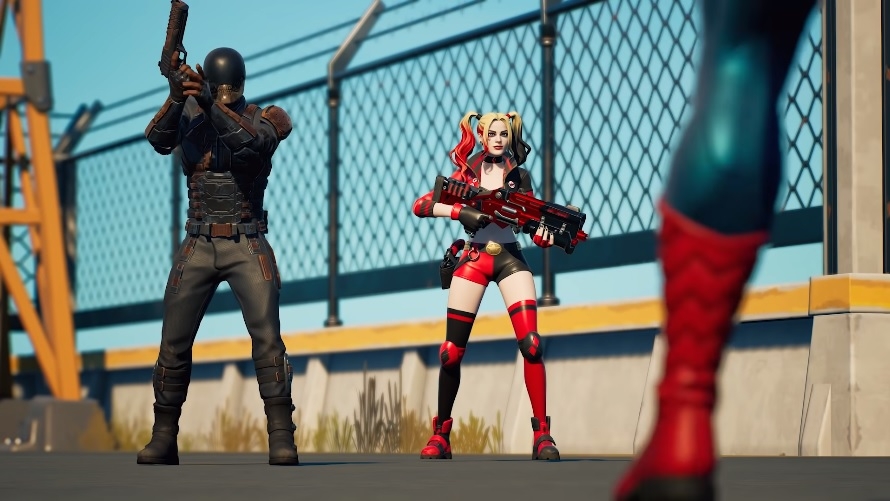 Epic Games is having one major collaboration after another this summer. Now, the world of “Fortnite” is having a crossover with some popular Suicide Squad members and a couple of fan-favorite “Street Fighter” characters.

Bloodsport and a Harley Quinn update

The developer announced on Tuesday that Superman, who will be featured in the Season 2 Chapter 7 Battle Pass, will meet one of his fiercest rivals on the island of “Fortnite.” Starting on late Aug. 3, players can purchase several items from the in-game shop that are designed after the Robert DuBois, a.k.a. Bloodsport. “Fortnite” will feature a complete Bloodsport outfit and Starro Specimen Back Bling.

To those who are not familiar with the DC villain, Bloodsport is famous for his assassin and marksman skills. He was once tasked to target Superman and shoot him with a bullet made of kryptonite. Bloodsport was played by Idris Elba on “Suicide Squad.” Aside from an outfit, “Fortnite” will also offer the A.R.G.U.S. Sabre Pickaxe and Bloodsport Camo Wrap to complete the Bloodsport look.

Meanwhile, the fan-favorite Suicide Squad member Harley Quinn is also getting an update on “Fortnite.” The Picky Sicky Harley Quinn outfit also launches on Tuesday. Players who already purchased the Rebirth Harley skin do not have to spend to get the new skin. The new Harley Quinn style should be automatically available on their locker starting Tuesday.

Cammy and Guile of ‘Street Fighter’ arrives this weekend

DC is not the only franchise that is getting more items in the “Fortnite” shop this week. Epic Games has also announced the addition of new challengers who may be familiar to avid fans of the classic fighting game “Street Fighter.”

“Fortnite” will soon feature Guile and Cammy, who will arrive in the game with two outfit designs each. Epic Games also did well in bringing these fighters into the game while also staying true to their familiar appearances. That means Guile will be fighting all over the island, donning his ever-popular flat top hairstyle.

To celebrate their arrival, Epic Games is hosting Cammy Cup in-game event on Thursday, Aug. 5, and whoever wins is getting the Cammy outfit even before it goes live on the Item Shop. The rest of “Fortnite” fans will have to wait until Saturday, Aug. 7, at 8 p.m. ET for Cammy and Guile’s official launch.