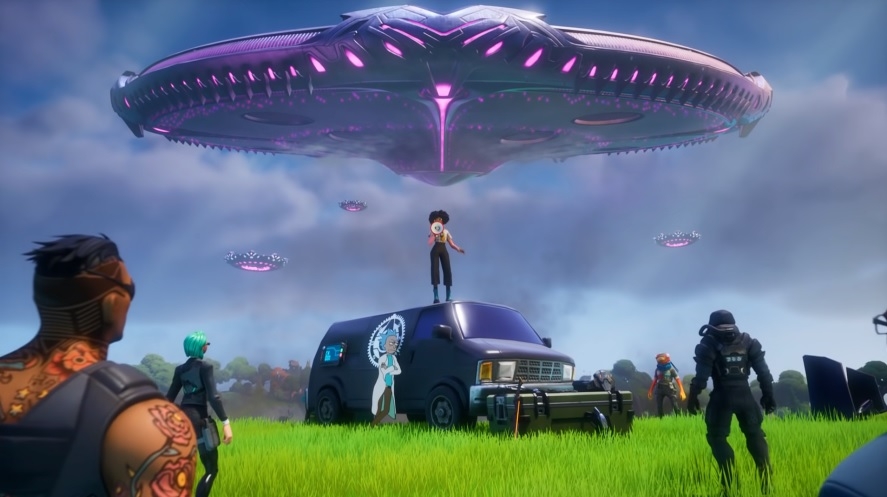 The theme of “Fortnite” chapter 2, season 7, is invasion as aliens and their highly advanced tech scatter across the island. Aside from the new weapons added this season, players are also getting a new way to go from point A to point B, but it could also be used against them and ruin their winning strategy.

Players should expect to see flying Saucers in “Fortnite” chapter 2, season 7, and the good thing is they can also be used by non-alien folks on the island. The Saucers are not armed, so they cannot kill anyone on the island. However, players should still avoid because once they are caught, they will be teleported to a random location that could lead to their demise.

Saucers can be used as the team’s mode of transportation, but they must be aware of their surroundings because opponents can shoot flying saucers down. It is also possible to hijack the flying saucers instead of destroying them. They are also a good way to scan the island for items to loot.

Four new guns are added in “Fortnite” chapter 2, season 7. They were invented by the Imagined Order, except for the Kymera Ray Gun. The alien weapon will fire a ray beam non-stop until it needs to recharge. This could be a good weapon against moving targets, but it will not deal significant damage to structures. The new Pulse Rifle is described as “effective whether aiming down sights or not,” but “Fortnite” will have to snag its Mythic version from Doctor Sloane.

“Fortnite” chapter 2, season 7 introduces the Recon Scanner, which is not an assault weapon, but it should help players mark the distance between them and their opponents or their target chests by firing its bolts. One good thing about this weapon is that its bolt regenerates on its own. Lastly, the Rail Gun is a sniper rifle that can shoot targets through structures. Players wielding this weapon can get better aim with its targeting beam, but the downside is that it will be visible to the opponents as well. Another advantage of this weapon is that it can inflict more damage on the Saucers.