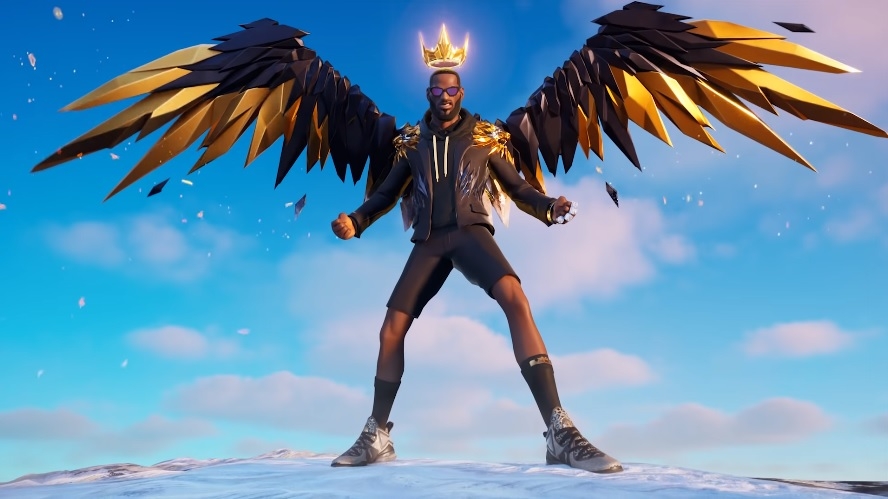 Epic Games has officially unveiled its next featured Icon Series celebrity in “Fortnite,” and it is going to be LeBron James. Fans will not have to wait long to get the new skins as they are confirmed to launch this week.

It can be recalled that James’s addition as the newest Icon Series celebrity in “Fortnite” was leaked just a week ago. But the Epic Games announcement further confirmed that James will not be bringing the purple and gold in the game.

There will be three James outfits to be released in the “Fortnite” Icon Series. While basketball fans will not see a Laker jersey in the game, James’s addition in the game is part of a promo campaign for his new movie “Space Jam: A New Legacy” that will premiere in theaters on July 16.

Epic Games will also release a Taco Tuesday outfit in “Fortnite,” where James wears a green shirt with taco prints and cargo shorts. The look is completed with a yellow Nike LeBron 19, while orange shoes are paired with his Tune Squad outfit. The Taco Tuesday skin also features an in-game backpack called “Pack Supreme Back Bling.”

However, possibly the most eye-catching LeBron James outfit in his “Fortnite” debut, is the King’s Black Bling skin. It combines James’s usual pre-game style, along with a pair of sunglasses and a gold crown fit for a king.

“Fortnite” fans can get the King James Gear Bundle that includes the Black Bling outfit with The Lion Pickaxe, Wingspan Glider, and a new emote inspired by James’s famous “The Silencer” celebration move. Epic Games also confirmed that this collection will come with a “progressive edit slider” that lets players mix and match the style with up to 20 gold variations.

Epic Games will let “Fortnite” players get all three outfits and all the Black Bling gears through the King James Bundle. The developer has yet to announce if a limited-time event will also launch to celebrate the addition of the NBA superstar in the game. James’s outfits and emote will be available on the “Fortnite” Shop starting Wednesday, July 14 at 8 p.m. ET.