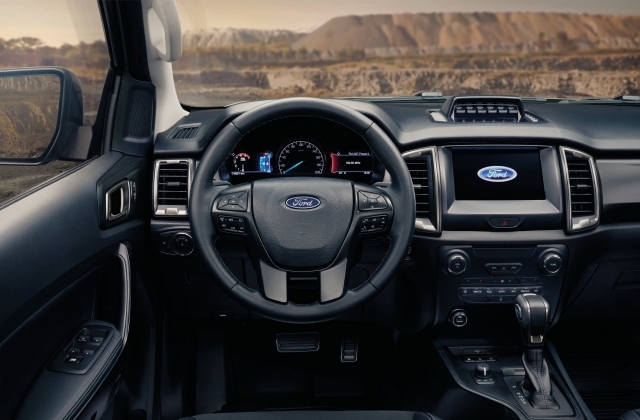 Ford Korea’s sales and service division was called out by the country’s Fair Trade Commission for stating that one of its vehicle models has a rear braking support system when there is none. The S. Korean trade watchdog said on Monday, May 31, it requested the local importer and seller of Ford to correct the false claim in its marketing materials.

The issue with incorrect advertising information

As per The Korea Herald, the FTC said that the seller of Ford in South Korea published an advertisement in 2019, stating that Ford Explorer Limited sport utility vehicle is equipped with a reverse braking system. The agency said this is a false claim because there is none.

It was said that in the automaker’s official website and brochures, it was claimed that the said braking system helps drivers to reverse the SUV “more confidently” and could also prevent collisions. However, the FTC reiterated that the Ford Explorer Limited does not have this function, for there is no such system in the vehicle.

It was reported that the issue was brought to FTC’s attention after customers filed complaints with the agency. The office has taken action, and it was said that Ford Korea immediately pulled out all its brochures that contain incorrect wording and deleted the related advertisement from its website as well.

“Advertising as if the car had the reverse braking support system is seen as a misleading and exaggerated claim,” the FTC said in a statement. “Such a claim over the reverse braking support system, which is an important factor to consider when purchasing a car, can disturb consumers’ rational decision-making processes so even though the advertisement is withdrawn, we are issuing a correction order to prevent a recurrence.”

It turned out that this is not the first time that Ford was called out for false advertising. It was reported that a Ford distributor was disciplined for releasing false claims. Sunin Motors was slapped with ₩150 million or $134,590 fine for claiming that Ford Taurus was fitted with the Hill Start Assist function when it was not, and this was in 2015.

“Regular consumers may misunderstand the advertisement as if the actual feature is installed,” Korea Joongang Daily quoted FTC as saying at that time. “This makes it difficult for consumers to make an informed product selection.”