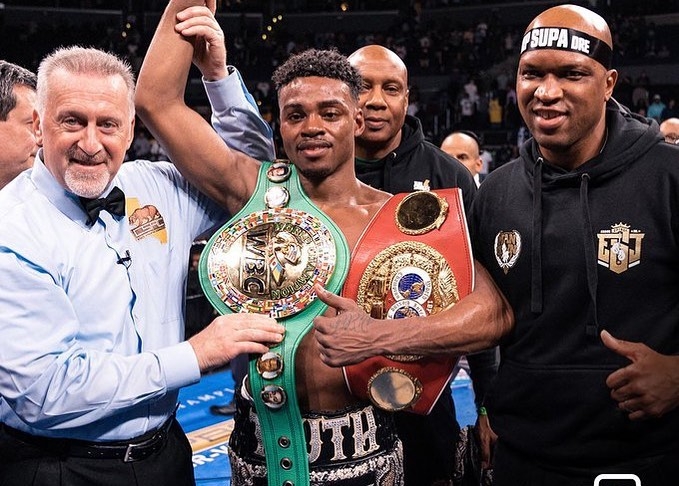 World Boxing Council (WBC) lightweight champion Devin Haney says that Errol Spence Jr. should raise his game when he returns to the ring against Danny Garcia on November 21.

According to Haney, he will not be writing off Garcia, who is, after all, a multiple world champion in two weight divisions, as he could pose as a tough challenge for Errol Spence Jr.

Haney added that he is unsure that Spence, a unified welterweight world champion, would be at the same level that fans are used to seeing him especially after that car crash that he was involved in back in October.

It was the reason why his fight with Garcia which was supposed to be last January did not push through as he was still recovering from the injuries that he suffered in that car crash.

Although Spence had not broken any bones when he got thrown out of his car when it flipped at high speed, his injuries were still serious.

Haney also pointed out that Garcia's only two losses were in close fights against Keith Thurman and Shawn Porter, and those fights could have gone either way.

Spence has never fought Thurman but the last time that he was in the ring was when he unified the WBC and International Boxing Federation (IBF) welterweight belts by defeating Porter last September 2019.

But even then, Haney said many opined that Errol Spence Jr had not fought well against Porter. In fact, there are many who said that Thurman had done a better job than him when the former defeated Porter.

Thus, Haney added that Spence, despite remaining undefeated, has to prove himself again to boxing fans as he was not as impressive as he used to be in his last two fights.

This is because Spence has the bad habit of not sticking to his own game. Instead, he fights down to the level of his opponent, said, Haney.

And, while Spence has been recuperating, Garcia, on the other hand, has been busy.

He had a couple of good fights against Adrian Granados and Ivan Redkach, whom he faced as a replacement to Spence.

Also, while Garcia has no serious injuries to recover from, Errol Spence Jr, not only had to recover from his car accident injuries but also from the hits that he got from slugging it out with Porter.