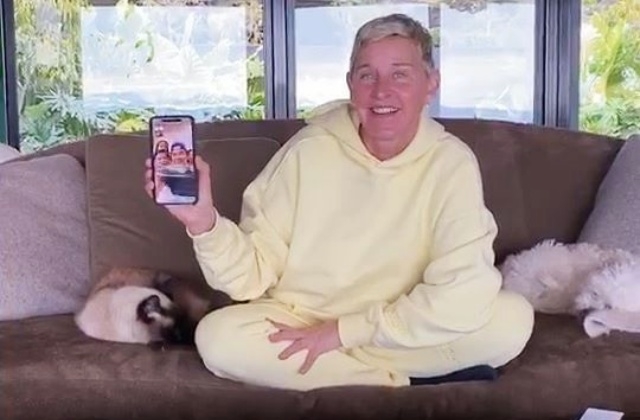 Ellen DeGeneres is in a difficult situation right now as many negative reports about her keep coming out in recent weeks. People have accused her of being a bully, unjust and being totally toxic in the workplace.

They said that Ellen DeGeneres is very different when she is not in front of the camera. Her former staff have spoken out and shared that the 62-year-old is simply mean and does not care about her staff at all. She was called “one of the world’s meanest person” and many have agreed.

Now, with her recent scandals that appear to be getting bigger by the day, it was reported that the Kardashians have started to distance themselves from the embattled host of “The Ellen Show.” Film Daily reported that it seems the popular TV reality family decided to cut their link to Ellen DeGeneres after fans noticed a big hint.

Based on the article, the Kardashian clan may not be verbally stating that they do not want to be associated with Ellen anymore. However, they are doing this through actions when they decided to sell the T-shirts that the host gave them.

The rumors about the Kardashians distancing themselves from Ellen DeGeneres started when some Reddit users noticed that the Hanes t-shirts the was given by the host to the Kardashians were posted for sale on their Kardashian Kloset retail site. The family sells their clothes, bags and anything else that they have owned and not using anymore in this shop.

The Redditors insist that this is a surprising move from Kris Jenner’s clan because they have been closed to Portia De Rossi’s wife for a long time, In fact, they have appeared on “The Ellen Show” for important moments and even when promoting. Thus, they can only conclude that they are moving away from Ellen.

The shirts on sale at Kardashian Kloset were said to be a gift to Kris Jenner’s daughters and her grandchildren. It was reportedly given in 2019.

The big question remained - Did the Kardashians really sell the shirts to show they are dropping Ellen DeGeneres or is it just a coincidence to what has been happening to the host? Both parties have not given any comment on this allegation yet.