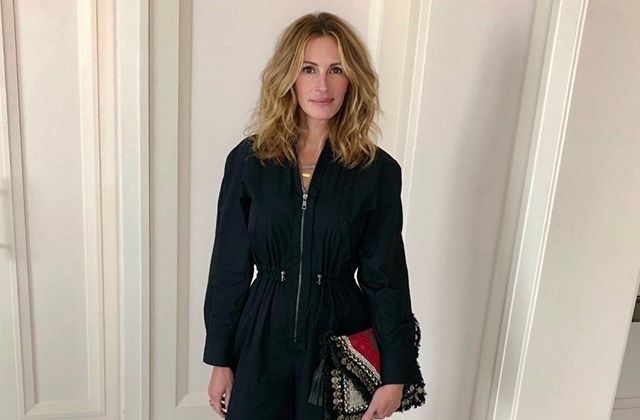 Julia Roberts was reported to have splurged her money on a series of cosmetic surgeries. It was alleged that the main reason why she wants to improve her looks and appear younger was to save her marriage.

It was claimed that the “Pretty Woman” actress is insecure because her husband Danny Moder, has been hanging out with younger colleagues. She could be losing him soon if she will not do something thus she went for plastic surgeries.

In a report that was published on NW magazine titled “Julia’s Surgery Spree!” it was claimed that in her desperate attempt to save her marriage she got a number of “nips and tucks.” Julia Roberts was said to be hoping her new looks after the surgery will reignite the spark in her relationship with her husband Danny Moder.

“Julia has gone from a C-cup to a DD. She is way perkier and it's no secret that this is an area of her body which has given her a lot of insecurity in the past,” the so-called source told the magazine. “Her and Danny’s love life has needed some help so Julia’s bitten the bullet to spice things up.”

Moreover, the suspicious tipster went on to say that Julia Roberts was trying this hard to gain a youthful appearance because of her insecurity. It has something to do with the fact that her husband has gotten closer to the 41-year-old actress Katheryn Winnick.

“Katheryn is beautiful and funny, and Julia’s convinced Danny is crushing on her,” the source supposedly told NW. “So, she’s said enough is enough.”

The tipster claimed that apart from her augmented breast, Julia Roberts also had a facelift and lip fillers to prevent her husband from looking at younger women. What’s more, the source further alleged that a cosmetic surgeon named Dr. Anthony Youn attested that Julia Robers indeed underwent a breast augmentation procedure.

Gossip Cop was quick to debunk this story because it is nonsense. The actress never had plastic surgeries and she was not trying to save her marriage since she and Danny have no issues in the first place.

Plus, Julia Roberts already talked about plastic surgery in the past and she stated that she’s against it. She told E! News that she wants to age naturally and she prefers natural anti-aging means like yoga.

"By Hollywood standards, I guess I've already taken a big risk in not having had a facelift,” she told the magazine in 2014. “I've told Lancome that I want to be an aging model - so they have to keep me for at least five more years until I'm over 50."