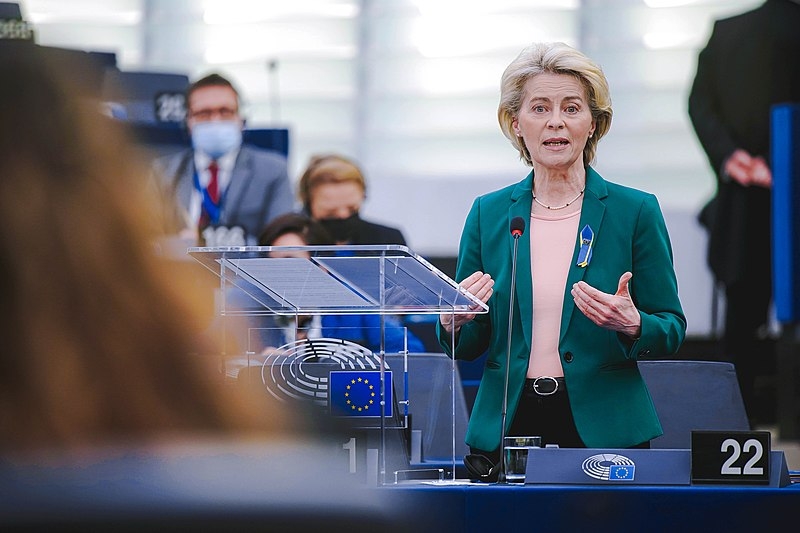 The head of the European Commission gave the states that are aspiring to join the 27-member bloc some assurance this week. EU chief Ursula von der Leyen said Georgia, Moldova, Ukraine, and the Western Balkan states all have a future in the bloc.

In her annual policy remarks Wednesday, von der Leyen said the European Union is not complete without Georgia, Moldova, Ukraine, and the Western Balkan countries. Ukrainian first lady Olena Zelenska was the guest of honor during her speech before the European Parliament in Strasbourg, France.

“You are part of our family, you are the future of our union,” said von der Leyen, who is set to travel to Ukraine on the same day to meet with President Volodymyr Zelenskyy. “Our Union is not complete without you.”

The EU’s executive branch also unveiled its proposals to curb the rising energy prices that have affected the region following Russia’s invasion of Ukraine while stressing that the bloc’s solidarity with Ukraine is “unshakeable.” von der Leyen said the sanctions the West has imposed on Russia had a real impact and the bloc’s support of Ukraine remains.

“This is the time for us to show resolve, not appeasement,” said von der Leyen. “We are in it for the long haul.”

“And I stand here with the conviction that with courage and solidarity, Putin will fall and Europe will prevail,” said the EU chief, who reiterated that the bloc must not soften its stance on Ukraine even as its forces have made significant progress since launching their counter-attack weeks ago.

Von der Leyen also cited the current financial situation in Russia, where many international firms have pulled their operations out of the country.

The EU chief said Russian forces have resorted to taking semiconductor chips from appliances such as dishwashers and refrigerators to repair their military equipment.

Von der Leyen said Europe was diversifying its energy supply away from Russia. However, the EU chief added that Moscow is still “actively manipulating” the market and that gas prices have increased by over 10 times compared to the prices before the COVID-19 pandemic.