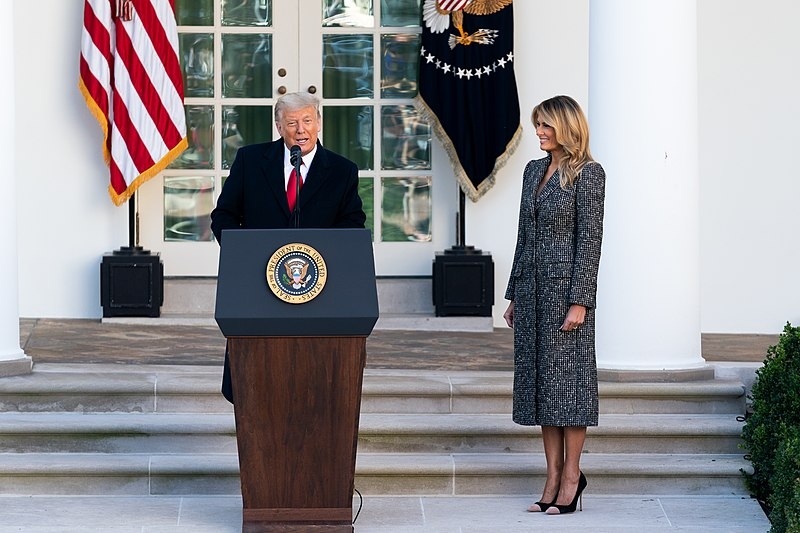 The COVID-19 pandemic has affected many people financially, including now-former President Donald Trump. A recent analysis of his wealth revealed that during his presidency, his net worth dropped by a significant amount.

Trump’s net worth dropped between $700 million to $2.3 billion during his term as president, according to Bloomberg’s analysis of his filings and financial documents from May 2016 to January 2021.

The former president’s commercial real estate makes up most of his net worth The office towers that Trump owns or co-owns, according to the documents, have seen significant losses as of late due to the pandemic forcing people to stay at home and work remotely. Overall, Bloomberg predicted a 26 percent drop in the value of Trump’s commercial real estate.

Aside from commercial buildings, Trump also owns or has his name licensed to several hotels, resorts, and 19 golf courses. Filings have shown that the former president’s two golf courses in Scotland have been consistently suffering from losses, likely even more during the pandemic despite the sport being popular throughout this time. Following the January 6 insurrection at the Capitol, the PGA of America ended its contract with Trump’s New Jersey golf course.

The former president’s fleet of planes, including a Boeing 757, has dropped in value over the years even before Trump became president. This was in part of Trump selling some of his planes. In 2015, the value for seven of his planes was at $59 million and five have a value of about $6.5 million in 2020.

Meanwhile, with the increasing incidents of violence against Asians and Asian Americans in the country, along with the recent shooting at a spa in Atlanta, Georgia, a study showed that the anti-Asian rhetoric spiked increasingly under the former president.

A week after Trump used the hashtag #chinavirus to refer to COVID-19, usage of the hashtag increased more than tenfold, and users who made use of the tag were shown to be more likely to use these hashtags to refer to the coronavirus in their tweets.

Trump has repeatedly referred to the coronavirus as the “China virus” in an attempt to shift responsibility for the administration’s highly criticized response to the pandemic.