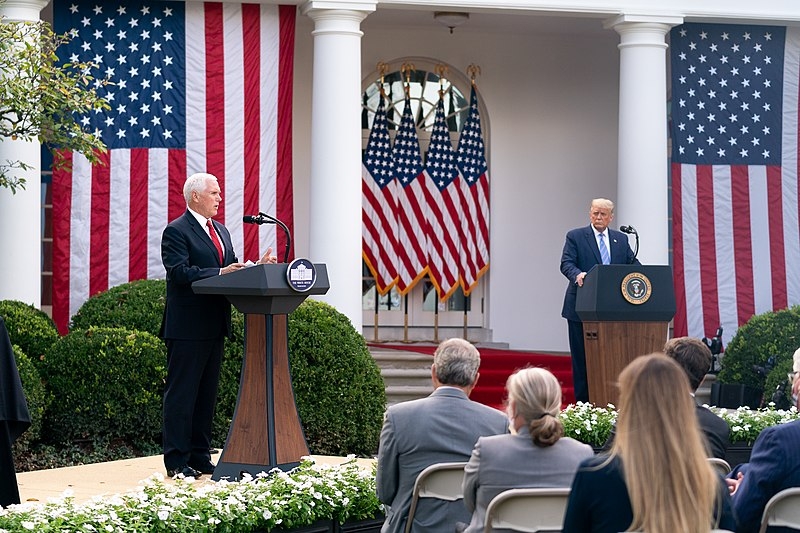 With Donald Trump out of office, many Republicans are looking to figure out how to move the party forward despite the former president having a great influence over many of its members. Trump recently named a few prominent Republicans who he thought would be the party’s future, leaving out one significant member.

Trump was asked by conservative commentator Lisa Boothe in the first episode of her “The Truth with Lisa Boothe” podcast that was released Monday, on who he thinks would be considered the future of the Republican party. The former president named Senators Josh Hawley, Rand Paul, and Ted Cruz, Florida Governor Ron DeSantis, South Dakota Governor Kristi Noem, and former White House Press Secretary Sarah Huckabee Sanders among many other names. However, Trump did not mention his own vice president Mike Pence, who is reportedly considering making a presidential bid in 2024.

“Lot of very good people, really good people,” said Trump, who repeated his widely refuted claim of voter and election fraud in the podcast. “The Republican Party is stacked.”

When Boothe asked Trump about who could potentially secure the GOP’s nomination in 2024 should he not run for office again, the former president said that some of the names he mentioned would serve as possible contenders. Trump added that he would decide later on as it was too early to say.

Tensions have been evident between Trump and Pence, especially following the January 6 insurrection. Trump criticized Pence for refusing to overturn Electoral College results during the joint session of Congress even as the now-former vice president was among the targets of the pro-Trump mob that stormed the Capitol. Trump repeated his false claim of Pence having the authority to overturn EC votes.

Trump was impeached for the second time by the House following the Capitol riots for inciting the insurrection. However, as only seven Republican Senators joined their Democratic counterparts in voting to convict, Trump was acquitted. Authorities are still investigating the events of January 6, having made hundreds of arrests on rioters that were identified, among them were former law enforcement officials. The latest of which was former New York police officer Sara Carpenter.

Carpenter voluntarily surrendered to the FBI Tuesday, told agents in January that she only went to the Capitol as Trump told his supporters during the rally to march into the establishment.