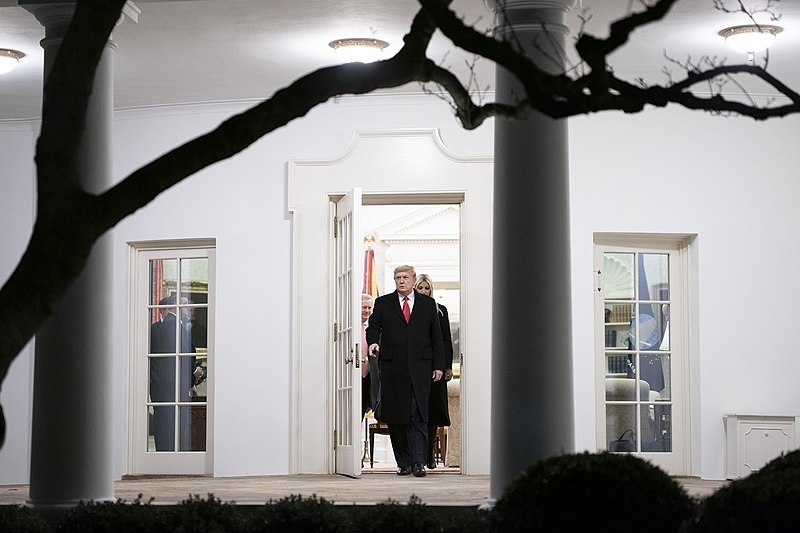 Despite the several legal battles, former President Donald Trump appears certain that he would make a presidential bid again. In a recent interview, Trump once again floated plans for another presidential bid in 2024.

In his latest interview with Sean Hannity on Fox News, Trump said he was considering running for another term in 2024. He would either be challenging Joe Biden for the White House again or another Democratic candidate should he push through with the plans.

However, Trump added that for legal reasons, it would be too soon for him to commit to another presidential bid.Trump did not specify what the legal reasons were. At the end of the interview, Hannity said that it seems like the former president does plan to run again.

The former Republican president plans to influence the 2022 primaries and elections. Trump has backed candidates that are his staunch allies like Mo Brooks and Ron Johnson. Nevertheless, the legal battles Trump is currently facing would make his political future uncertain.

Trump’s election plans have been especially monitored by other Republicans who hope to launch their presidential bids. This includes former Secretary of State Mike Pompeo, Florida Governor Ron DeSantis, South Dakota Governor Kristi Noem, and former Vice President Mike Pence. When pressed what he plans to do for the candidates he endorses, Trump said that if they need a rally, they will organize one and campaign for them.

Trump is especially targeting Republicans who have supported his impeachment and who are up for reelection. This includes Wyoming Congresswoman Liz Cheney and Alaska Senator Lisa Murkowski. During the interview, Trump once again repeated his false claims of election fraud.

In other news, Republicans in Ohio are looking to rename a state park after the former president. A bill was introduced Monday to rename the Mosquito Lake Park to Donald J. Trump state park by freshman state Congressman Mike Loychik. Trump won Ohio during the November elections.

However, the Democratic state officials have criticized the proposal, citing that the state is dealing with an “addiction crisis, economic disruption, and a pandemic that the other guy said would disappear just like magic,” said Democratic state Congressman Rich Brown on Twitter back on March 12, when the bill was first introduced. “Instead of addressing these pressing issues, Ohio House Republicans are spending their time flattering the Insurrectionist-in-Chief.”