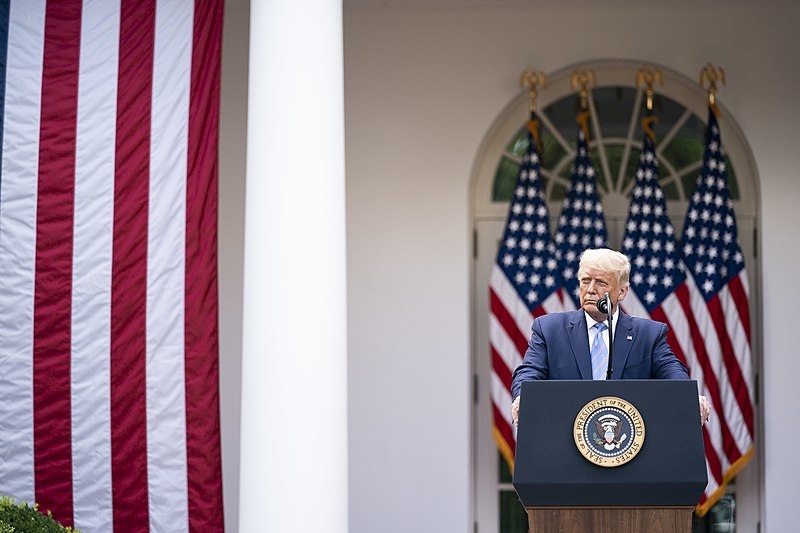 The first presidential debate between Donald Trump and Joe Biden was full of ad hominem insults and non-stop interruptions as well as constant fact-checking. However, one of the notable moments from the debate was of Trump’s refusal to publicly blast white supremacist groups, sparking a wave of backlash online.

The moment occurred when debate moderator Chris Wallace asked Trump to condemn white supremacists, one of the known domestic terrorist groups in the United States. Trump refused to publicly condemn the group and instead told them to “stand back and stand by,” while also turning it into a partisan issue, saying that the violence occurring in Portland and Kenosha is a problem of the left, not right.

The comments were then embraced by an alt-right “western chauvinist” group called Proud Boys. Screenshots of posts made by members of the group on the right-wing platform Parler, having taken Trump’s comments as a call to arms and turned it into a slogan. Anti-racism advocates have also condemned the comments during the debate. However, Trump’s comments are in-line with how he and his administration have interpreted the civil unrest that occurred over the recent months against systemic racism and police brutality. Trump and his allies have since called the Black Lives Matter movement as a hate symbol.

Trump continued his assertions that the violence has only happened in Democrat-controlled cities. This has since been refuted by many social justice organizations, who cite that this is the typical Republican talking point that is an attempt in stoking fear among white voters.

The State Department has recognized white supremacist groups as threats to the country, posing a bigger threat compared to foreign forces.

Meanwhile, the Vatican officials have declined to meet with US officials of the administration. An official accused the US politicians of exploiting Pope Francis and the Catholic Church. Archbishop Paul Richard Gallagher, who is the Vatican secretary for state relations, spoke to the Italian news outlet Ansa and said that the Pope refuses to meet with US Secretary of State Mike Pompeo, following the comments Pompeo made about religious freedom while simultaneously attacking the Vatican’s links to China.

Pope Francis has spoken against getting involved in party politics and stated that world leaders should put their differences aside to tackle the global COVID-19 pandemic. Gallagher was asked if Pompeo’s press conference was an attempt to exploit the Pope weeks before the elections. The Pope is believed to have rejected meeting with Pompeo because of the upcoming election and did not want to appear biased.