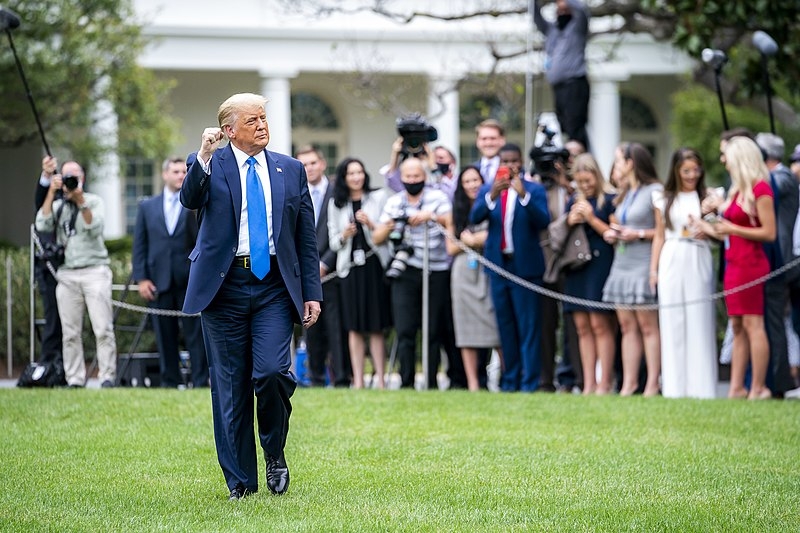 Throughout the primaries, Trump has often attacked Bloomberg on social media with the latter at times, responding. Recently, Trump blasted Bloomberg again, accusing the former New York Mayor of bribery following a probe that was launched investigating the billionaire’s fundraising. Bloomberg donated $16 million to the Florida Rights Restoration Coalition, which is an initiative for felons to pay their debts for them to be able to vote in the upcoming elections.

“Wow, nobody realized how far Mini Mike Bloomberg went in bribing ex-prisoners to go out and vote for Sleepy Joe. He is desperate to get back into the good graces of the people who not only badly beat him but made him look like a total fool. Now he’s committed a serious crime!” Tweeted Trump over the weekend.

The probe was opened by Florida Attorney General Ashley Moody at the request of Republican Governor Ron DeSantis and Republican Congressman Matt Gaetz. Voters in 2018 approved a constitutional amendment that would restore voting rights to most felons after completing their prison sentences. Murderers and sex offenders are not included. The predominantly GOP legislature in the state, however, said that the voting rights for the felons included would not be restored until all fines were paid. The Coalition has since clarified that it is nonpartisan and does not target people based on political affiliation.

Meanwhile, a file from the Trump campaign back in 2016 surfaced, revealing their strategy towards Black Americans. The file revealed that the Trump campaign had what was described as a “deterrence” tactic. The file contained information on 200 million Americans whom the campaign categorized in terms of potential electoral benefit.