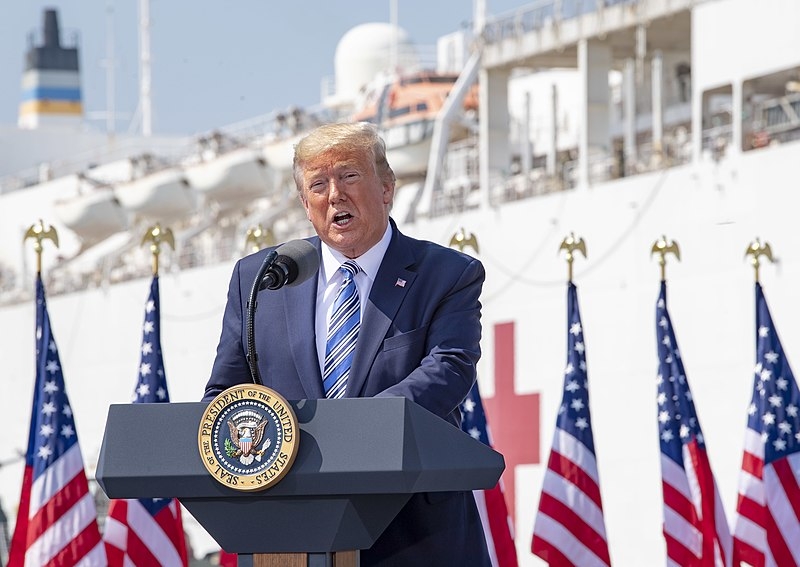 Trump spoke to journalists in the Oval Office on Wednesday, where he accused the Chinese government of trying to ruin his chances of getting reelected. Trump said he believes that they are doing what they can to make sure he loses in November. Trump has previously laid blame on China for being unable to contain the pandemic that has now affected 200 countries, with the United States being the worst-hit country of them all with over a million cases and over 60,000 deaths. The country’s economy crashed along with public health, thus forcing lawmakers to develop stimulus packages to help revive it. Trump’s reelection campaign also relies heavily on the economy.

Along with China, the President has also blamed the World Health Organization for mismanagement and for being biased towards China. This resulted in Trump announcing that the US will cut funding for the health organization. Trump revealed that they are currently going over the possible options in terms of penalizing China but did not disclose what kinds of options there are. “There are many things I can do. We’re looking for what happened,” said the president.

Nevertheless, Trump is certain that China wants him to lose and have his Democratic rival Joe Biden, in the presidency. “China will do anything they can to make me lose this race,” said Trump.

Meanwhile, many polls have shown that Biden is overtaking Trump. However, Trump does not believe those polls to be accurate. “I don’t believe the polls. I believe the people of this country are smart, and I don’t think that they will put a man who in who’s incompetent,” said Trump. The Republican president has often attacked and criticized the previous administration, in which Biden served two terms as vice president alongside Barack Obama. Trump has also criticized Biden’s 30 years of public service.

“I don’t mean incompetent because of a condition he’s got now. I mean he’s incompetent for 30 years. Everything he ever did was bad. His foreign policy was a disaster,” said Trump.