Donald Trump revelation: POTUS says he will not try to delay 2020 Elections 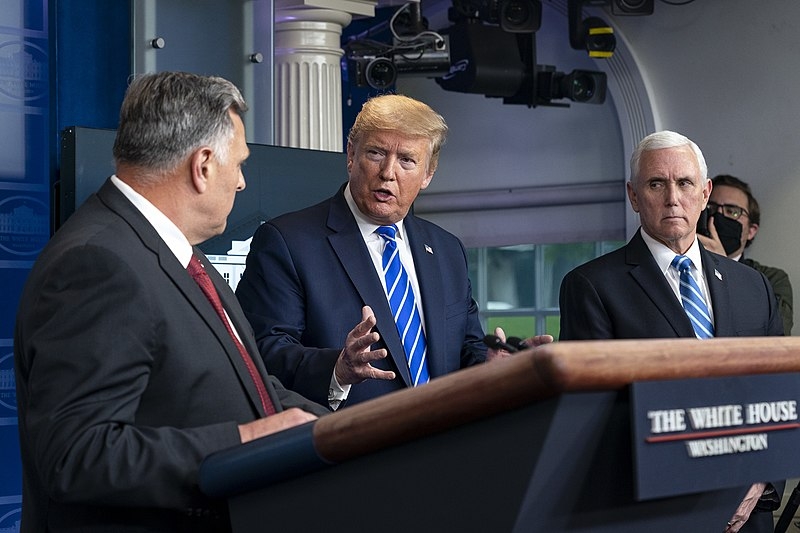 Along with the controversial coronavirus medical and economical response of the Trump administration, President Donald Trump is also up for reelection this year. In the latest White House conference, Trump revealed that he will not try and delay the November elections.

In the press conference at the Rose Garden of the White House, Trump was pressed on whether he may have plans to delay or postpone this year’s elections which will be taking place in November. Trump said that he never gave the idea of postponing or delaying the 2020 Elections some thought. “Why would I do that?” He added.

This would be in response to former vice president Joe Biden’s prediction that Trump may try to delay the 2020 Elections as a way to get reelected. Trump since then said that the idea of him doing such a thing was “made up propaganda” and that he is looking forward to the upcoming elections.

Nevertheless, those who are well-versed in the United States Constitution will point out that the president does not have the power to change the date of a White House election even in an emergency case. Congress is in charge of setting the date.

At the same time, Trump was asked by a reporter if his chances of getting reelected were still good despite losing more Americans in six weeks due to the coronavirus compared to the number of Americans who died during the Vietnam war that lasted 20 years. The President responded that his administration has done “an unbelievable job.”

Biden brought up the idea of Trump possibly trying to postpone the 2020 Elections in November during a virtual campaign event. “Mark my words, I think he’s gonna try to kick back the election somehow, come up with some rationale why it can’t be held. That’s the only way he thinks he can possibly win,” said the presumptive Democratic nominee.

Tim Murtaugh, the spokesman for the Trump campaign, has also dismissed the former vice president’s remarks. Murtaugh said that Biden’s comments were “the incoherent, conspiracy theory ramblings of a lost candidate who is out of touch with reality.”

The former vice president has always turned down the idea of delaying the general elections in November himself due to the pandemic. Democrat lawmakers have pushed for mail-in voting in order to maintain the social distancing guidelines.