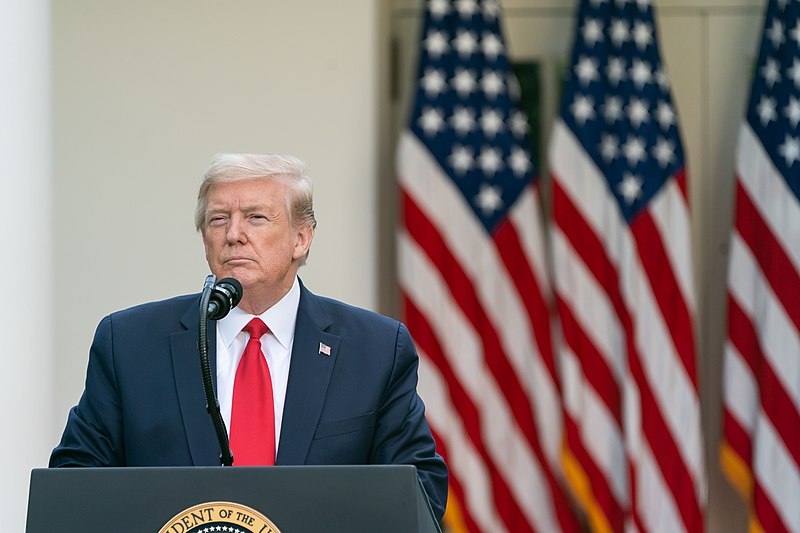 In the midst of the coronavirus pandemic, the 2020 general elections continues and has since narrowed down to two candidates: Donald Trump and Joe Biden. A report reveals that the White House is already beginning preparations to transition should Trump lose the elections in November.

The Daily Mail reports that the White House has informed officials in the government to start preparations for transitioning of power in the event Trump loses to Biden in November. This report follows a previous report that the Democrats are worried that Trump will not leave quietly in case he loses. The White House Office of Management & Budget acting director Russell Vought has issued a 17-page memo detailing that the 20 government agencies assign a person in charge of transition, as per the Presidential Transition Act.

Each director of transition will meet by May 27th and make up the Agency Transition Directors Council. According to the memo Vought issued, it details their responsibilities in ensuring a smooth transition of power and addressing possible challenges and coordinating between the outgoing and incoming administrations among others. The House has allocated $9.62 million for transition activities, and should Trump get reelected, the funds reserved or earmarked for transition activities will be returned to the United States Treasury.

The Biden campaign has already started preparing their transition to enter or re-enter the White House given the former vice president’s time in the White House. Biden has appointed Ted Kaufman to become the person in charge of transition from his side and preparations have begun despite the formal transition space only being given by September.

Nevertheless, Democrats are worried that Trump would refuse to leave or hand over power quietly should he lose the election. According to John Podesta, who served as co-chairperson of President Barack Obama’s transition in 2008 and campaign manager to Hillary Clinton in 2016, “They’re a ‘let’s burn the house down on the way out’ kind of crowd. I’d like to think it was different, but there’s nothing to indicate that they would play it straight.”

Meanwhile, Trump announced on Tuesday that the United States would be able to run five million coronavirus tests soon. This announcement comes in the midst of a shortage in testing kits especially as some states are already keen on reopening. “We’ll increase it, and it’ll increase by much more than that in the very near future,” said Trump.