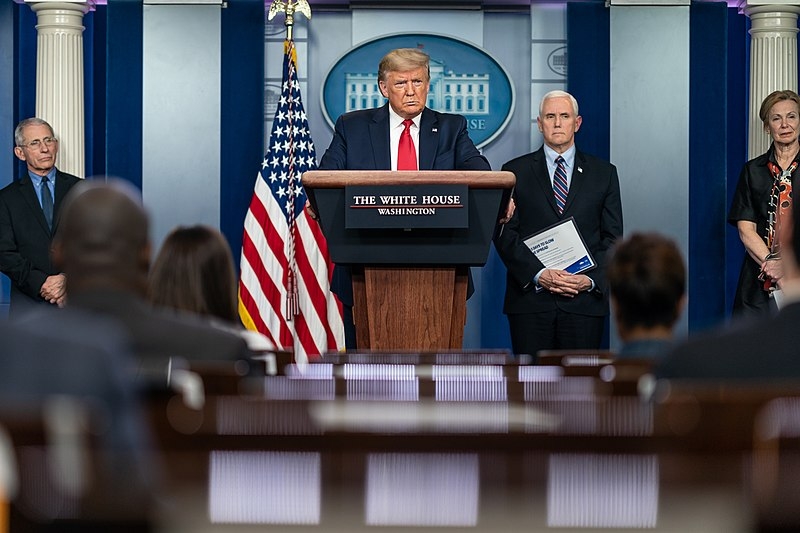 President Donald Trump has recently criticized the Chinese government for their response and failure to contain the coronavirus, which has claimed thousands of lives all over the world. However, this time around, a report reveals that Trump may be eyeing China once again, but in terms of trade.

CNN reports that Trump administration officials revealed that the president is regularly briefed on agricultural sales to China. Despite publicly stating that trade is the least of the country’s priorities due to the pandemic, White House officials said that Trump has placed emphasis on farm product sales to China all the white his coronavirus task force is closely monitoring the number of cases, casualties, and recoveries from the coronavirus. Trump is focused on the economic damage caused by the coronavirus, as the economy is the aspect that he takes pride in and is a key part of his reelection campaign.

As administration officials pin the blame on China for mishandling the outbreak, Trump has since changed his tone during briefings with the task force. Pressed on the issue of whether or not Beijing should take responsibility for the pandemic, Trump instead brought up exports to China. “I was told by our great secretary of agriculture, Sonny Perdue, that China’s been buying a lot of our farm product. And I’m looking at different pricing, but China has, despite all this, been buying our agricultural product,” said Trump during the briefing.

Trump’s focus on trade with China even in the middle of a crisis in the United States seemed to be evident even before, where he closely kept tabs on China purchasing American products, even asking Perdue to regularly update him on the numbers.

Meanwhile, The Guardian reports that Trump has officially announced that the shutdown and social distancing period would extend until April, heeding the advice and suggestions from the public health experts. Speaking from the Rose garden of the White House, Trump then stated that it would be good if the fatalities of the coronavirus in the United States would only reach 100,000. This was a drastic shift in tone compared to his previous statement, where he was optimistic that the restrictions could be lifted by Easter Sunday.