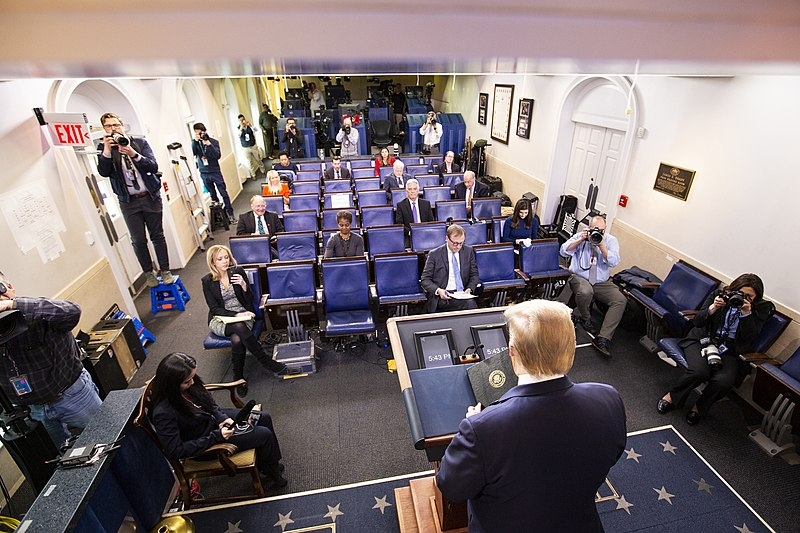 Lately, President Donald Trump has criticized China and how it handled the outbreak of the coronavirus. This comes as a change when Trump previously praised China’s response to the pandemic when it first broke out.

CNN reports that in February, Trump continuously praised the efforts of Xi Jinping’s administration in containing the spread of the coronavirus when it first broke out in Wuhan, China, in 2019. According to the CNN KFile review, Trump apparently praised China 12 times in February and tweeted a few times about how they are handling what would now become a pandemic back in January.

On February 7th, Trump tweeted praise towards China once again for their handling of the pandemic. “Just had a long and very good conversation by phone with President Xi of China. He is strong, sharp, and powerfully focused on leading the counterattack on the coronavirus. He feels they are doing very well, even building hospitals in a matter of only days. Nothing is easy, but he will be successful, especially as the weather starts to warm & the virus hopefully becomes weaker and then gone. Great discipline is taking place in China, as President Xi strongly leads what will be a successful operation. We are working closely with China to help!”

As to how Trump changed his tone regarding China over the past few days, Trump stated to CNN White House correspondent Jeremy Diamond, “China has worked very hard. China was transparent at the time, but when we saw what happened, they could have been transparent much earlier than they were.”

Trump has since criticized China for the outbreak, saying that “the world is paying a very big price for what they did.” and has even referred to the pandemic as the “China virus,” opening a wave of backlash as it was deemed racist.

Meanwhile, as the lawmakers in the House and Senate prepare their coronavirus stimulus bill for the American public to keep the economy afloat, Senate Minority Leader Chuck Schumer announced that the Trump Organization would be excluded from the bailout money. The organization, run by Trump’s eldest sons, Don Jr. and Eric Trump, controls several hotels, resorts, and golf clubs, including the Mar-a-Lago resort in Florida.