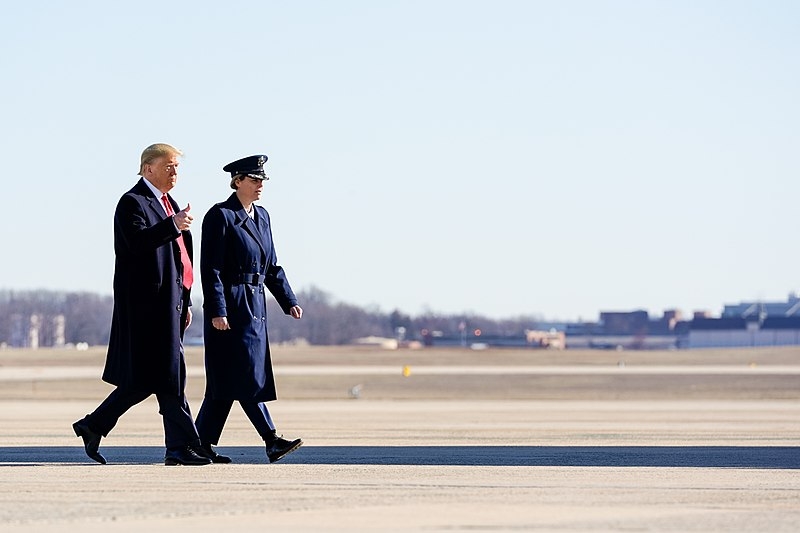 It is no secret that President Donald Trump appeared to be and still appears to be cleaning house shortly after getting acquitted from the Senate Impeachment trial. New reports have surfaced that shed more light on his personnel spring cleaning.

There were previous reports that suggested, even before the impeachment trials, that Trump was already putting together a list of people whom he deemed as his enemies or people who are not loyal to him within the government. It was revealed by Axios via Politicalflare, that Trump and his aides have been compiling a dossier of people working in the government who are not loyal to him and only him, so he could have them fired.

Top government officials, as well as lawmakers and conservative activists who have ties to Trump, are the ones helping him put together the list of names of people who are against Trump and who are loyal to Trump. Some of these aides have also sent in memos to help the president. Although many are not named, the notable people involved in helping Trump make this dossier are Republican Senate staff member Barbara Ledeen and the wife of Supreme Court Justice Clarence Thomas, Ginni Thomas.

Trump’s distrust has only taken a turn for the worse post-impeachment trial, and the people who are constantly filling him in on details of who they think should be dismissed from their posts are not helping ease his distrust. The group of people involved in helping him have also been telling him that even those working within the White House with him are undermining him.

The White House spokesperson confirms the reports about the purge Trump is doing. Business Insider reports that Hogan Gidley told Fox News that although he did not personally see any of the so-called lists, he did confirm that the Trump Administration was planning to dismiss government officials who do not “further the president’s agenda.”