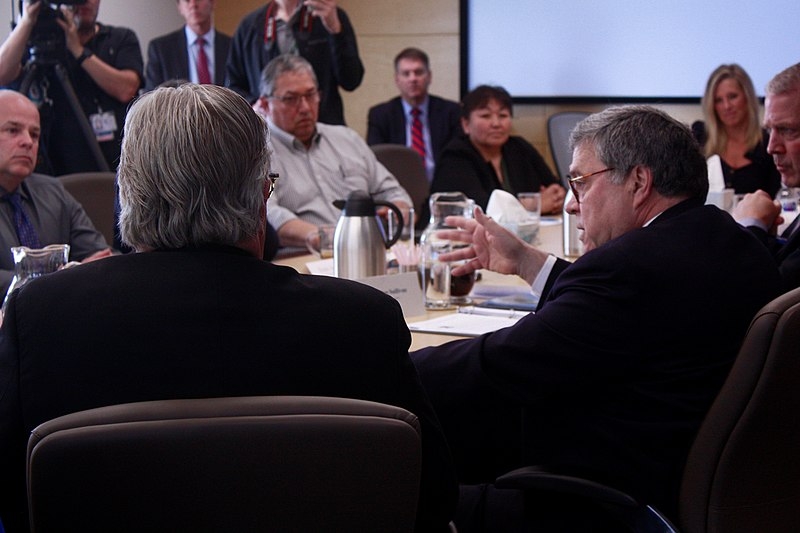 The Department of Justice was under fire in the days leading up to Roger Stone’s sentencing as attorney general William “Bill” Barr stepped in to handle the case. However, due to the backlash from the events prior to the sentencing, a former DOJ prosecutor believes that Barr may be stepping down from his post soon.

Politicalflare reports that former DOJ prosecutor Eli Honig weighed in on what may be happening to the relationship between Barr and President Donald Trump now that Stone is tried and convicted to three years and four months in prison. Honig explained that their situation may likely not be very good right now. “We saw Bill Barr step up and show some spine when he said to ABC News, the president is making my job impossible,” said Honig. This was Barr’s comment after the series of tweets regarding the Stone case made by Trump. Trump was shortly accused of interfering with the case due to the sudden amendments regarding Stone’s sentence.

The prosecution requested that Stone, who was tried and convicted guilty of all seven charges of witness tampering and obstruction of legal proceedings as well as lying to Congress. Stone is also one of Trump’s longtime confidantes, thus the President’s constant tweets regarding the case.

Honig then continued to recall that Trump, since being told that he was making Barr’s job impossible, was that he continued to quote previous cases upon cases. “So the president openly defied Bill Barr, what will Bill Barr do now? He threw down the gauntlet that he laughed about. He’s going about his business and keeping his head down and I think that’s what’s part of what leaves him unfit to lead the DOJ,” said Honig.

However, prior to the Roger Stone case, it appears that the Justice Department was already low in morale with Barr, as the tensions between colleagues have already existed. Raw Story reports that the situation within the department was already tense ever since the department’s investigation into former FBI official Andrew G. McCabe, went downhill. It was in this particular case that brought the Justice Department into a tense atmosphere, especially as Trump has constantly attacked McCabe on social media for his involvement in the Russia investigation.

The case went downhill, setting off a domino effect of events. The prosecutors were getting concerned that Barr was interfering in sensitive cases for political reasons.